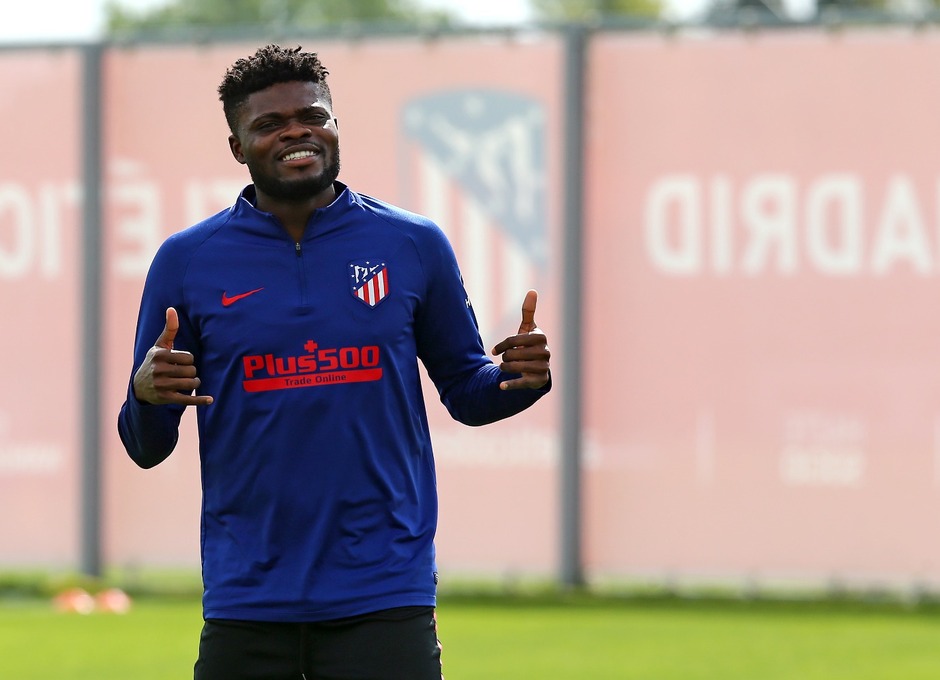 Ghana midfielder Thomas Partey was back in training for Atletico Madrid on Monday ahead of their Champions League quarter-final clash against RB Leipzig.

The 27-year-old went out injured in Atletico’s final La Liga game against Real Sociedad, putting his Champions League participation in major doubt at the time.

Partey was seen at the training center on Monday, but trained in isolation from the rest of the team.

He was among those pictured as Diego Simeone led his boys to training at the club’s training centre.

The Black Stars midfielder remains the third most used player by the manager, Diego Simeone, having played 3,571 minutes this season just behind goalkeeper, Jan Oblak and Saul Niguez.