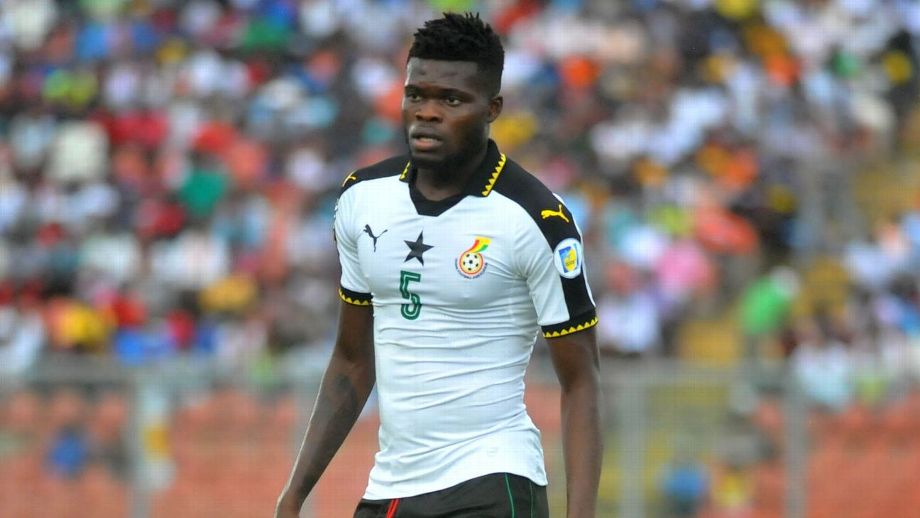 Prior to the start of the 2019 Africa Cup of Nations tournament, talks about the prospect of the Black Stars centered on which players should carry the team in the course of the campaign and the role the coach assigns them.

Of the names mentioned, it emerged that Thomas Partey was the one who most football connoisseurs and followers expected to be our 'Moses' in the land of the Pharaohs.

The Atletico Madrid man, undoubtedly the best Ghanaian foreign-based player in the last 2-3 seasons was expected to light up Egypt with blockbuster performances and boost the nation's quest to annex a first AFCON trophy in 37 years.

I remember when the Asamoah Gyan-Akwasi Appiah captaincy issue reared its head, there was a section of the public who mooted the captaincy should be awarded the Krobo-Odumase native. How highly most Ghanaians rate him, was captured from the analysis made during pre-tournament discussions on the various media platforms.

There were a few, however, who sensed there could be issues regarding Partey and how the Black Stars technical team, headed by James Akwesi Appiah, gets the best out of him.

It was a matter that dominated sports talk shows most especially after Ghana had failed to score and subsequently win any of the two pre-tournament friendlies (against Namibia and South Africa). There were clarion calls that he should be deployed in a more advanced role since that would help him deliver his best for the team.

Well, this development wasn't really surprising in a country where football is the dominant sport and almost all followers of the game are 'coaches' to some extent. The Ghanaian football follower has that peculiar and funny perception that he is right and everybody else is wrong. This clearly means that one is in for trouble if they sight earlier signs of flaws in you as a national team coach or one of their most treasured local clubs.

Descriptions like 'the coach is tactically bankrupt', 'our midfield is dead' (sic), ' we played a wrong formation' are dominant in discussions after games across every nook and cranny where football is discussed, even churches. To put plainly, the Ghanaian football fan always thinks, he should have a say in how things are done.

There have been countless times, where posterity has proven them right though. In such instances they beat their chest proudly and increase the decibel levels in their voices, barking out with facial expressions to match the famous and often overused phrase, 'I told you so'.

Observations from the two games played at the Africa Cup of Nations seems to be leading us to that end though it's not entirely the case. After failing to win any of both group games, students of the game have subjected the Black Stars to scrutiny; in the event exposing various angles and advancing several schools of thought.

There are many of these to share but allow me to fixate on Thomas Partey's no-show so far. The midfielder has struggled for form in both matches at the tournament,  to an extent that befuddles even his staunch follower.

Allusions have been made to explain the Partey situation while some have asserted that the position he plays and the role he's given are constraining his abilities on the pitch.

It's very true that tactical positioning and technically assigning roles to players, help bring out the best in them.

Of the many examples that I can give, let me just cite these; The Gerrard-Lampard-Scholes conundrum England had and the Man United-Paul Pogba situation which lingers on.

These are situations that arose due to managers struggling to tactically position these players in the best possible way and in the end creating confusion on the pitch with the roles they were assigned.

Thomas Partey at club level has shown the ability to assume several roles and play various positions on the pitch while chalking relative success. His versatility is very evident in the roles he's played for his club in the last 3 seasons.

In fact, in the 42 games played last season across all competitions at club level, Partey played 33 of them as a defensive midfielder, 7 as a central midfielder and 1 each as a right midfielder and a right back.

It is interesting to note that his best numbers came from the DM role he played for 'Los Rojiblancos'. He scored 3 goals and made 5 assists operating from these similar positions he currently plays for the Black Stars.

Some would argue that Partey's tally of 7 goals in 20 appearances for Ghana have come with him playing in an advanced position.

This is an inaccurate assertion. In fact, he has never scored or assisted a single goal for Ghana whenever he's been deployed as an attacking midfielder. This has happened thrice ever since his debut in 2016. To shed more light on this, he's only completed 90 minutes once and subbed off in two of those 3 games. Those matches saw Ghana draw a blank, eventually losing 2 and drawing the other against Russia, Uganda, and Kenya.

He's actually scored all 7 of his goals for Ghana operating either as a defensive midfielder or a central midfielder. That's where he's excelled. So once again, the argument that he plays further up the field so Ghana can get the best out of him is not entirely accurate and also not backed by facts.

Although Coach Akwasi Appiah is not shelved from blame in the Partey situation, I believe the player is chiefly the architect of his own struggles in Egypt and as such the 'cri de coeur' that he plays further up the pitch is far-fetched.

In football, there is that tendency of key players flattering to deceive and  Partey's is no exception. His general play and decision making with the ball have been poor. There were countless times he was caught out of position in the encounter against Cameroon. It was his lack of urgency that played a role in that counter break that led to Benin's first goal against Ghana in the opening game.

I think so far, Partey has not shown anything close to the commitment he exhibits at Atletico Madrid for Diego Simeone. 'El Cholo' does not play him as an attacking midfielder, neither does he give him a more attacking role, yet he delivers absolutely what the coach expects.

In the national team, this is not the case. Although it will be very unfair to wholly condemn Partey's attitude, I think it's quite questionable and should improve going forward.

Aside from the issue of attitude, Partey is also not performing in the middle because there is a lacking  synergy between him and Wakaso. The two are just not compatible with what I have observed in the 2 games played so far. Partey plays well at Atleti because of the on-field relationship that exists between him and Rodri and to some extent Koke.

I have witnessed several midfield partnerships for Ghana in the last 2 decades; dominant among them being the one between Michael Essien-Sulley Muntari. The understanding that existed between the two was obvious, and it's surely what helped them to flourish in their various roles on the pitch.

Sorry to say, I have not seen that in Partey and Wakaso. The two are very good midfielders but it's clear they just cannot play together effectively. The onus is on both player and coach to acknowledge this situation and work on fixing it.

At best I can only suggest, and I believe it would be more appropriate if Partey is sacrificed by being relegated to the bench for the greater good of the team.

The player's situation is likable to what Akans say about the nocturnal bird, the Nightjar (Santrofie Anomaa). No one can play down how key Partey is as a player to Ghana, but in the present circumstances, our key player is proving inefficient and it's only proper that the Coach grabs the bull by the horn and takes the right decision.

Until then, it clearly looks like there will be no light at the end of the tunnel and Partey, Ghana's top banana will continue to struggle.

In the end, Ghana's chase for continental glory will witness another postponement because the expected party maker will become the party pooper.