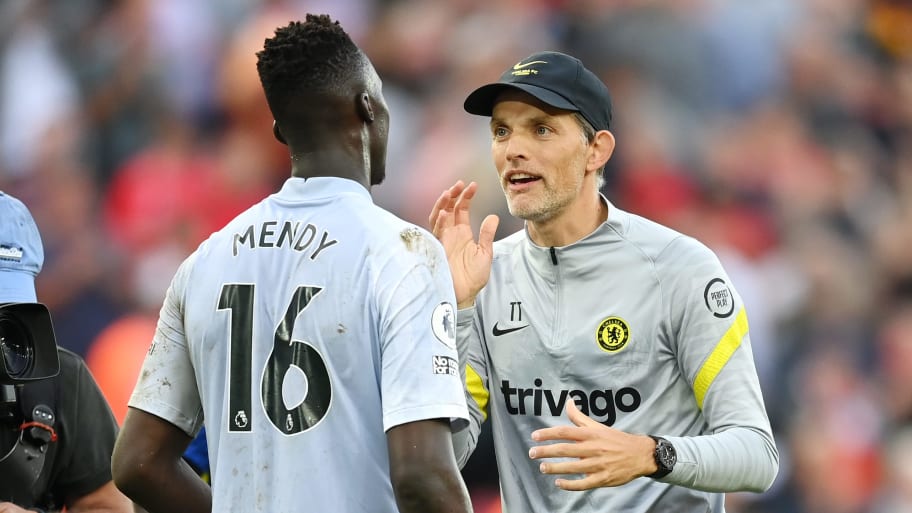 Chelsea head coach Thomas Tuchel has revealed first-choice goalkeeper Edouard Mendy is facing 'a race against pain and time' to be fit for his side's huge Premier League meeting with Man City on Saturday.

Mendy will not feature against Aston Villa at Stamford Bridge in the EFL Cup on Wednesday night, having already missed the Blues' victory away at Tottenham on Sunday - a game in which Kepa Arrizabalaga deputised and kept a clean sheet as the visitors claimed a 3-0 win.

The 29-year-old had some discomfort in his hip before Chelsea's Champions League group stage encounter with Zenit St Petersburg last week. That was then exacerbated in a challenge with striker Artem Dzyuba in the dying embers of the same match.

"He has not been in training so far so we will try to do everything for Saturday, to reintegrate him tomorrow for individual training and hopefully Thursday’s team training, but not yet.

"I think Saturday is possible but it's a race against pain and a race against time. So let's see. I hope he will be back in team training on Thursday and if this goes well he can be ready for Saturday, but I don't know right now."

With the games already coming thick and fast at this early stage of the season, Tuchel also confirmed there will be some rotation. Following the Saturday lunchtime kick off against City, Chelsea travel to Turin to take on Italian giants Juventus.

"It's a matter of the amount of games and the loads that we had for the players. There were some intensive games," Tuchel continued.

"I will not announce the lineup now but there will be some changes because we take the opportunity to give important minutes in an important competition to guys who are missing the minutes at the moment."

The victory at Spurs means Chelsea are joint-top of the Premier League alongside Liverpool, with the two sides' records identical thus far.