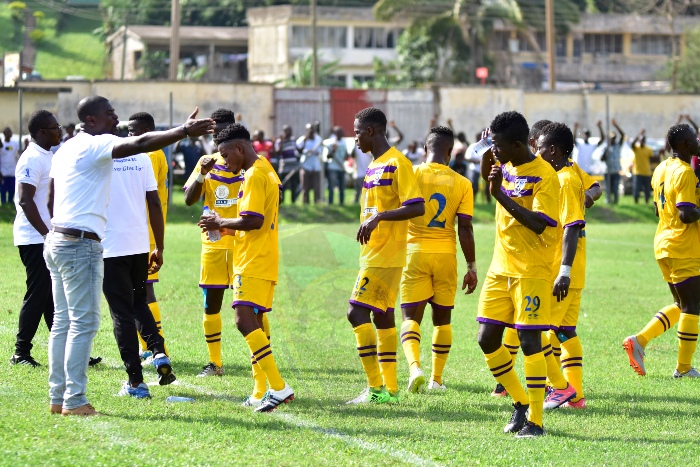 Medeama survived a scare to beat Bibiani Gold Stars 2-1 to reach the Round of 16 of the Ghana FA Cup on Wednesday.

The Mauve and Yellows had to dig deep to overcome the resolute second-tier side at the Tarkwa NA Aboso park.

Striker Tahiru Awudu opened the scoring six minutes into the second half through the spot kick.

The home side increased the tally from Kalibo Toussaint deflected goal in the 63rd minute.

The visitors pulled a goal back courtesy Derek Amevor in the 83 minutes to send the remaining seven minutes into frenzy.

Coach Samuel Boadu's men had  to dig deep and survive against an extremely physical Gold Stars side at home.

Medeama struggled to deal with the physicality of the visitors in the absence of ever-powerful Justice Blay.

But the side found their rhythm in the second half with goals from Tahiru Awudu and Kalibo Toussaint killing the resilience of the zone 2A side.