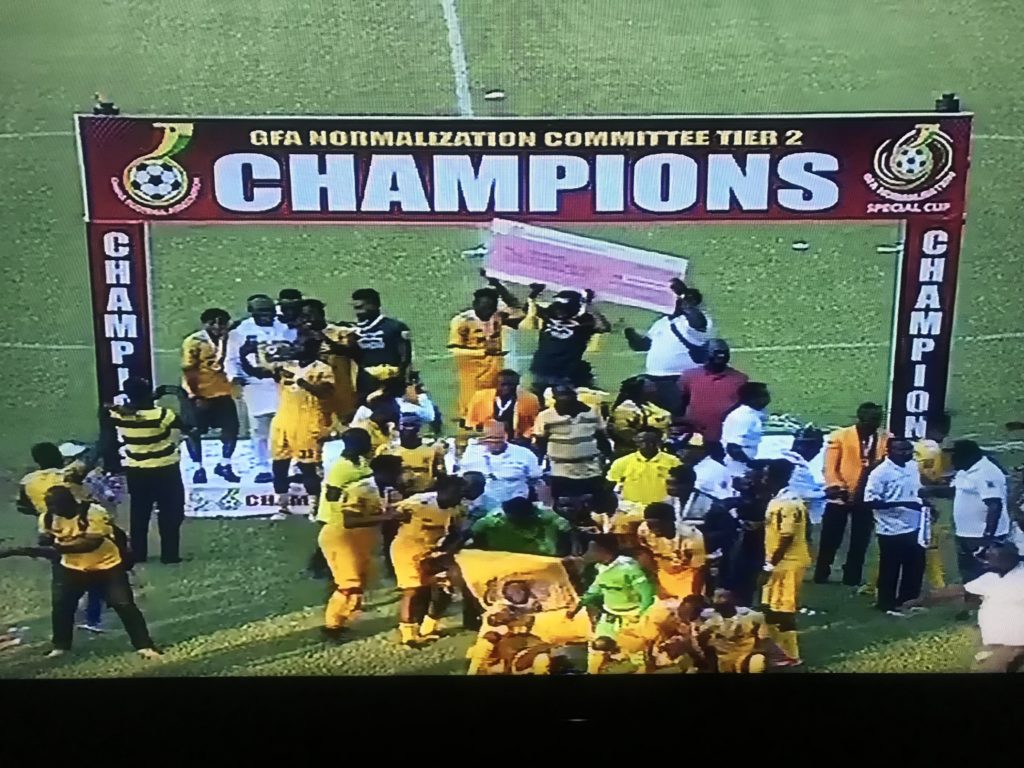 Ghana Premier League side AshantiGold emerged as winners of the Tier II Special Competition after defeating  Nzema Kotoko in the final by 1-0 at the Cape Coast Sports Stadium on Sunday.

Mark Agyekum scored the only goal of the game in the 38th minute of the first half as he hit a low strike to beat Nzema Kotoko goalkeeper Evans Quansah from 20 yards.

The miners will represent Ghana in the CAF Confederation Cup for the 2019-20 season after this win.