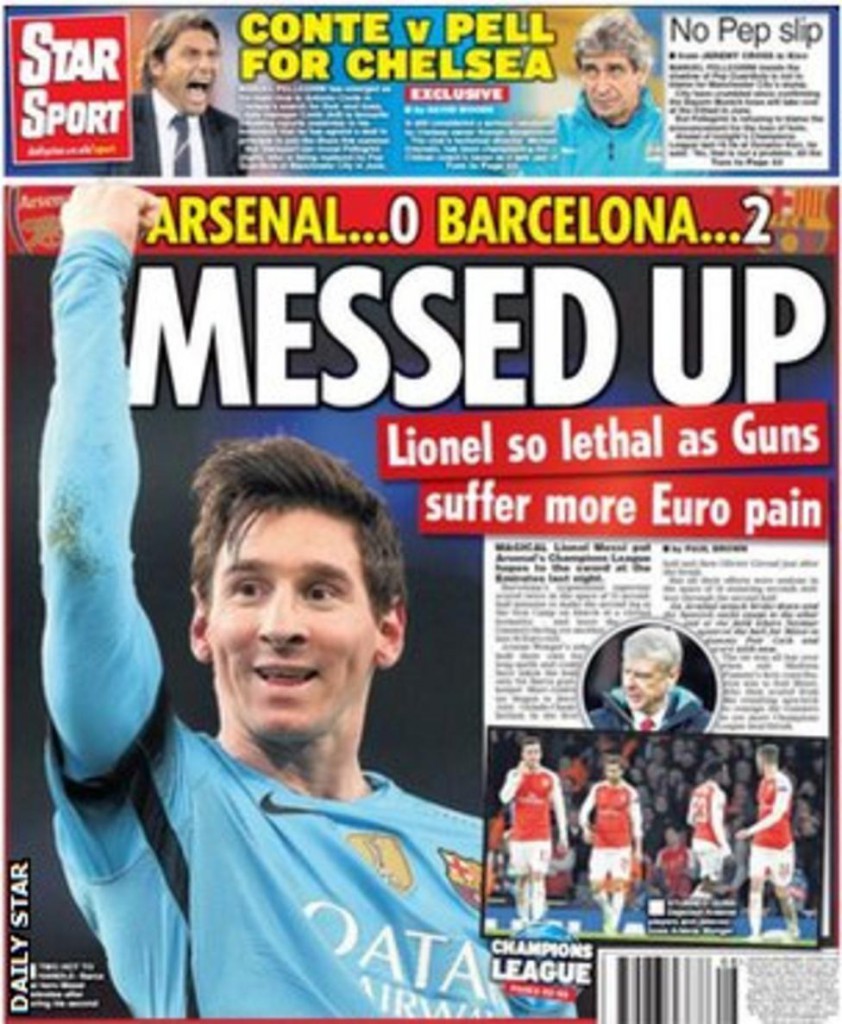 Chelsea could appoint Antonio Conte as manager as early as next month - with the Italy boss then arriving after Euro 2016. (Daily Mirror)

He is confident that he has seen off rivals Diego Simeone and Massimiliano Allegri to take charge at Stamford Bridge. (Independent)

Conte has identified Roma midfielder Radja Nainggolan, 27, as a potential signing when he takes over at Chelsea. (Daily Telegraph)

Arsenal midfielder Mikel Arteta could be offered a coaching role by Pep Guardiola at Manchester City if the 33-year-old Spaniard decides to retire at the end of the season. (Eurosport)

Louis van Gaal will survive as Manchester United boss until the summer because Jose Mourinho is not willing to replace him mid-season. (Daily Mirror)

Germany manager Olivier Bierhoff has criticised van Gaal for displaying a lack of support for midfielder and Germany international Bastian Schweinsteiger, 31, who is currently sidelined with an ankle injury.(Goal.com)

Manchester United have made no contact over a move for Lazio midfielder Felipe Anderson, 22, according to the Brazilian's agent. (Cittaceleste.it, via Daily Star)

United have bid £15.5m for Braga midfielder Rafa Silva, 22, who is very highly rated by the club's likely next manager Jose Mourinho. (Metro)

Crystal Palace are considering a move for Newcastle United defender Liam Gibson, 18, after he impressed against Lillestrom in a friendly last week. (Daily Express)

Barcelona have received 2m euros (£1.56m) in compensation from Fifa for the injury former Arsenal defender Thomas Vermaelen suffered at the World Cup that restricted him to just 62 minutes of his first season at the Spanish club.(London Standard)

Valencia president Layhoon Chan has claimed the players are fully behind Gary Neville and the club did not consider sacking him as manager during a poor run of form.(Guardian)

Borussia Dortmund striker Pierre-Emerick Aubameyang, 26, has revealed he turned down the opportunity to join Newcastle in 2013. (Daily Star)

West Brom striker Saido Berahino, 22, is determined to get on the scoresheet in Saturday's crucial Premier League game against Crystal Palace. He wrote on twitter: "Looking forward to the game Saturday. Focusing on getting fitter and pushing forward."

A Leicester City fan has convinced his girlfriend to let him name their daughter after Jamie Vardy - but only if 5,000 supporters sign a petition.(the Sun)