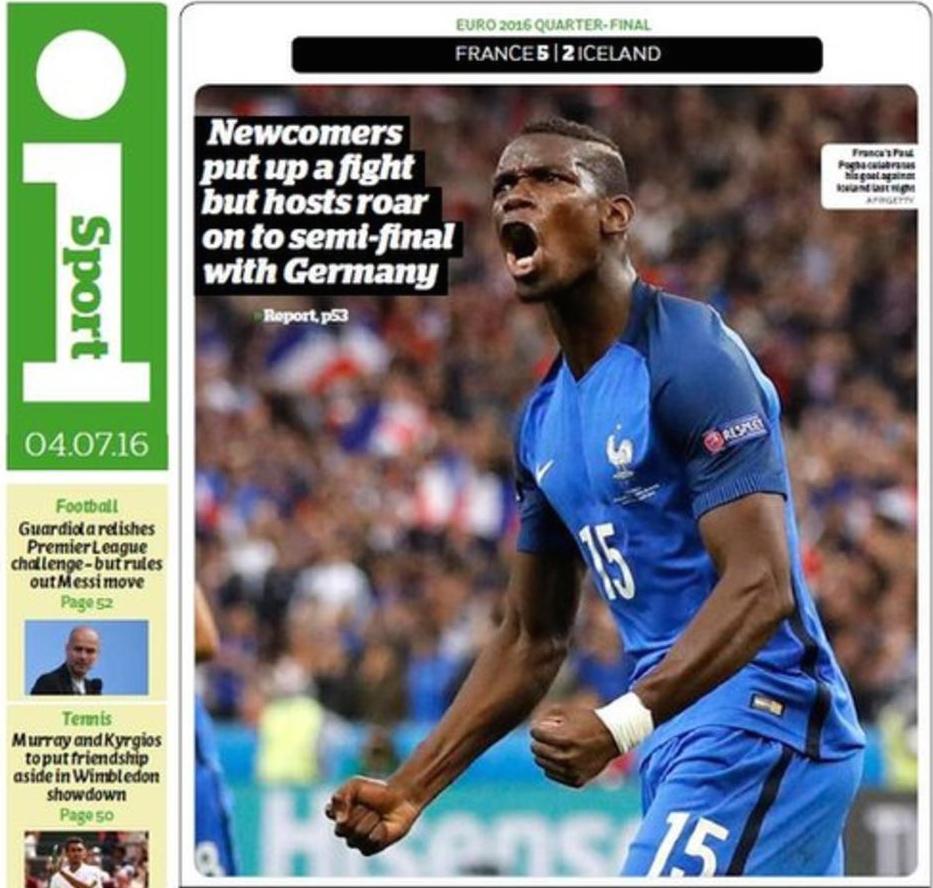 On the way in to Old Trafford, meanwhile, is Mexican forward Hirving Lozano, 20, who will move to Manchester United from Pachuca after representing his country at the Rio Olympics. (Manchester Evening News via Futbol Entre Lineas)

Liverpool target Marko Pjaca, 21, who impressed on the wing for Croatia at Euro 2016, is most likely to move to the Premier League this summer, according to the sporting director of his current club Dinamo Zagreb. (Express via FC InterNews)

Manchester City winger Raheem Sterling, 21, will not walk out on England despite being made a 'scapegoat' for the team's early exit from Euro 2016.(Mirror)

The European commission is expected to deliver its verdict on Monday on whether Spain wrongfully handed out tens of millions of euros in state aid to some of the country's top football clubs. (Guardian)

Chelsea's signing of Belgian striker Michy Batshuayi, 22, could force Diego Costa, 27, out of the club. (Telegraph)

Manchester United winger Adnan Januzaj, 21, will tell boss Jose Mourinho he wants to leave the club permanently if he is not in the manager's first-team plans. (Sun)

Manchester City striker Kelechi Iheanacho, 19, accepts he will not be going to the Olympics this summer after the club blocked Nigeria's attempts to call him up for the Rio Games. (ESPN)

West Ham co-owner David Gold says it would be difficult to keep hold of French attacking midfielder Dimitri Payet, 29, if a top European club came in with a sufficient bid. (Express)

Pep Guardiola's unveiling at Manchester City was for some observers as notable for what he wore as what he said - skinny jeans, Converse trainers, t-shirt and blazer.

Manchester United midfielder Memphis Depay pays tribute to Ryan Giggs, who has left the club after a 29-year association with United. Depay wrote on Twitter: "It was a huge honour to have worked with you. I wish you all the best for the future! #GiggsLegend

Newcastle goalkeeper Tim Krul posts a video on Twitter of him with egg on his face, well, his back, after an attempt to show off while cooking goes wrong.

Iceland may well have been outclassed by France on Sunday night, but they did have their newly-elected president, Gudni Thor Johannesson, among their fans at the Stade de France.