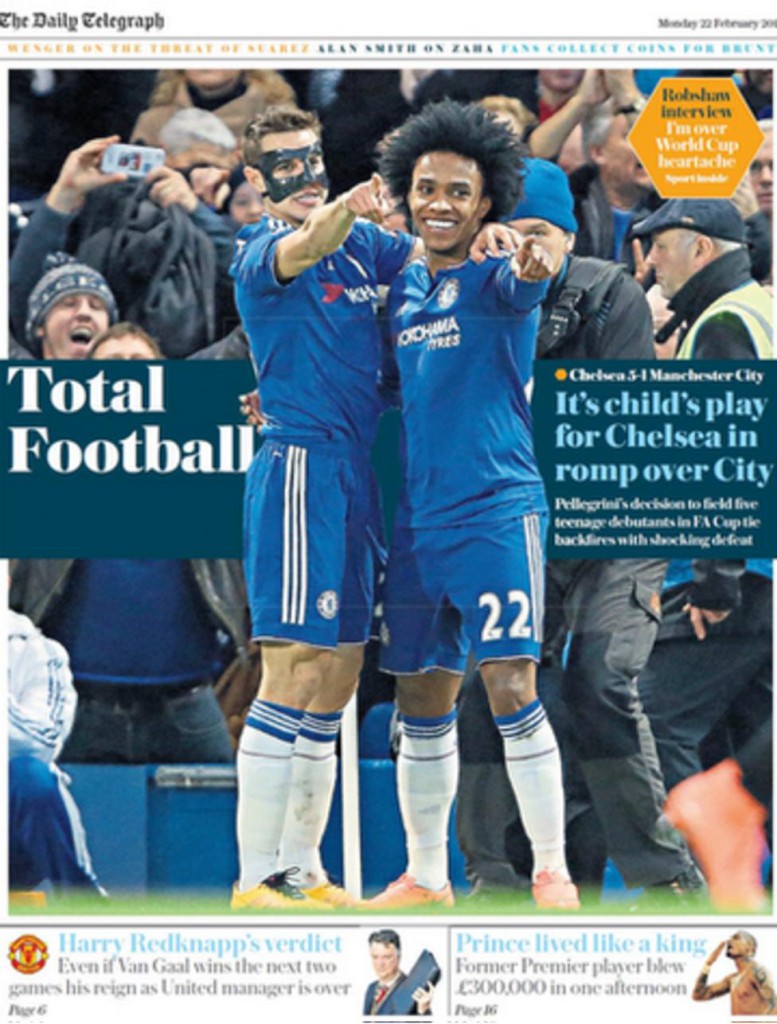 Jose Mourinho believes he has a 'gentleman's agreement' with executive vice-chairman Ed Woodward to become the next Manchester United manager. (Manchester Evening News)

But the former Chelsea boss will explore other options if he has not been offered the Old Trafford job by the end of the season. (Guardian)

Louis van Gaal's time in charge of Manchester United is over even if they defeat Shrewsbury in the FA Cup on Monday and Midtjylland in the Europa League, says former Tottenham boss Harry Redknapp.(Telegraph)

Manchester United will pursue a £60m deal for Borussia Dortmund's Gabon striker Pierre-Emerick Aubameyang regardless of who is in charge at Old Trafford. (Independent)

Newcastle missed out on signing Aubameyang in 2013, as the 26-year-old chose to move to Dortmund instead. (L'Equipe via Newcastle Chronicle)

West Brom supporters plan to throw money into buckets for a charity of Chris Brunt's choice at Saturday's Premier League game at home to Crystal Palace after the winger was struck by a coin following the FA Cup defeat at Reading.(Telegraph)

Argentina striker Sergio Aguero, 27, wants to stay at Manchester City for the rest of his career. (ESPN)

Newcastle's Netherlands midfielder Georginio Wijnaldum, 25, says the trip to La Manga in Spain has brought the players closer together. (L'Equipe, via Newcastle Chronicle)

However, the trip came at a cost with Magpies skipper Fabricio Coloccini, 34, ruled out for a month with a calf injury. (Daily Mirror)

Chelsea midfielder Oscar, 24, turned down a lucrative move to China because the Brazil international feels he is too young to end his Premier League career.(Daily Express)

Crystal Palace midfielder Jason Puncheon watched with the away fan as his side beat Tottenham in the FA Cup at White Hart Lane. He tweeted:"What an experience sitting in the away end - fans were great, a good team performance and now on to the next round."

A parking ticket failed to ruin Memphis Depay's night out. The Manchester United winger had parked his £250,000 Rolls Royce on double yellow lines for a meal with his girlfriend Lori Harvey - but the Netherlands international just laughed it off. (Manchester Evening News)