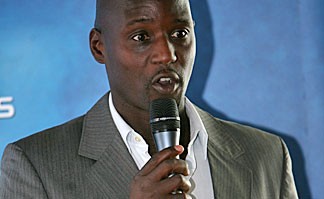 Fifa Ambassador Anthony Baffoe and Super Sports Presenter and analyst, Robert Marawa have been confirmed as the official MCs of the 2011 Glo-Caf Awards.

The ex-Ghana defender and son of a Ghanaian diplomat, Baffoe grew up near the former West German capital, Bonn and made a name for himself in the 1980s in the Bundesliga.

He starred for for FC KÃ¶ln and later Fortuna DÃ¼sseldorf.

Currently Baffoe handles several functions for the African Football Confederation (CAF) as well as for FIFA.

He is a member of the CAF Football Committee.

Marawa on the other hand is currently a presenter at SuperSportÂ  (SuperDiski, Extra Time and Thursday Night with Marawa).

Tony Baffoe and Robert Marawa will no doubt add to the glitz and glamour of the night.