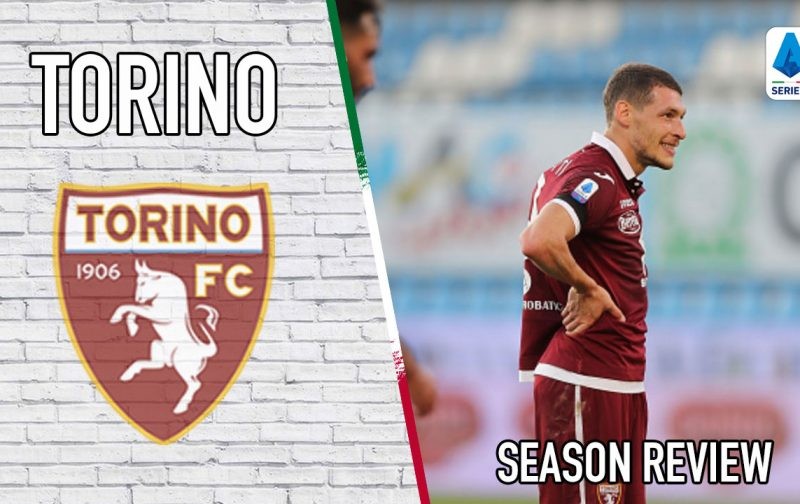 In the most unique Serie A season of all time, Torino were thankful it ended when it did as they concluded their most disappointing campaign for some time.

A season that began with great optimism and a European adventure to look forward to ended with Walter Mazzarri no longer at the helm and barely staving off relegation after an uninspiring 12 months that largely saw the side go through the motions.

Their continental adventure lasted two rounds before the Granata fell at the play-off stage, while domestically a Coppa Italia quarter-final was as good as it got amid a league campaign that featured a six-game losing streak and very few highlights.

Player of the Season: Andrea Belotti Without his goals, the Granata would likely have been relegated and he is the biggest reason for his side managing to ultimately stave off those concerns. His scoring streak after the break almost saw him equal the legendary Franco Ossola’s consecutive games with a goal run and he ended the campaign with 16 goals and three assists. While Il Gallo’s reputation as a club legend is already assured, he is too good to be fighting relegation at the peak of his career and it can only be hoped he doesn’t start to get itchy feet. Well it had to be him didn’t it? Not because Verdi enjoyed a stellar season upon his return to the club (quite the opposite) but because he was the only fresh face to arrive, joining on loan from Napoli for the campaign. In truth, he failed to live up to the excitement and had an underwhelming time of it upon his return. Seven assists is a decent return but more was expected than two goals, both of which arrived in the second half of the campaign. With a €20m move to be made permanent, he’ll have to deliver a lot more going forward. Torino’s finish in 2018/19 papered over some of the small cracks that had already begun to show under Mazzarri, whose style had became predictable, while the football on show was stale from an aesthetic standpoint. When the results began to go south last season, those cracks became chasms. Humiliating 7-0 and 4-0 defeats against Atalanta and Lecce respectively spelled the end in February.

His replacement fared even worse, registering a much poorer points return that saw Torino slip into a relegation battle. He looked every inch what he was – an inexperienced coach who did little to implement any real change. Replacing him is the correct decision from the club hierarchy.

There wasn’t a lot of them from a team who were 23 points worse off than they were the previous campaign. The win at Atalanta on week two (after beating Sassuolo the previous week) looked like it would be the start of another special season but proved to be nothing more than a false dawn.

The first two rounds in Europe were also enjoyable while they lasted and Torino were genuinely unlucky to come up against arguably the strongest side in the play-off round (Wolves), while Belotti’s post-break scoring streak offered some excitement and distraction at a tough time.

Which is also what made Simone Verdi’s glorious goal at SPAL in late July a memorable one too, given the tension at that point. Where do we begin? The aforementioned defeats against Atalanta and Lecce were inexcusable. The loss to La Dea is one of the lowest moments ever for Torino, the 7-0 reverse being their heaviest ever at home.There was also the 3-3 draw at Verona in December when one of the best first half performances gave way to a second 45 disaster as they let a 3-0 lead slip for the first time in club history. Another unfortunate record was also set in 2020 as they conspired to lose eight consecutive games on the road. They also equalled their record for losses in a 20-team season with 20, which came in 2008/09 when they were relegated. All in all, a year to forget.