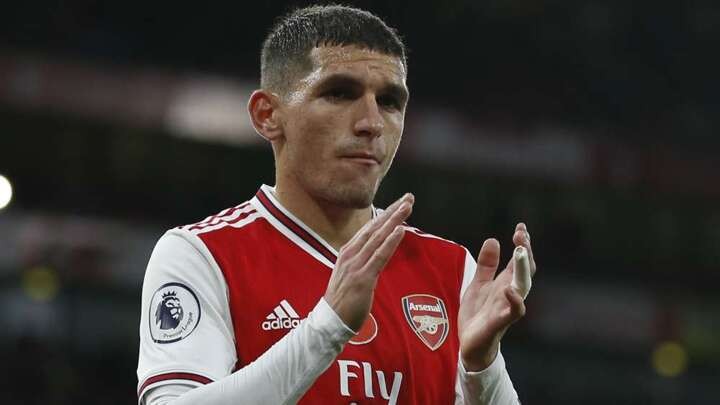 Lucas Torreira admits the "bad time" he endured during his second season at Arsenal in 2019-20 saw him seek the help of a psychologist.

The Uruguay international midfielder saw plenty of football for the Gunners after joining from Sampdoria in 2018, but took in a managerial change as a coaching baton passed from Unai Emery to Mikel Arteta.

He also suffered a serious ankle injury in March 2020, with a lack of continuity in his game leading him to seek out professional assistance in a mental health battle.

Torreira told El Otro Partido: "A year ago I was working with a psychologist in Spain because, in the second year at Arsenal, I played very little.

"It was hard for me to really take it in because my life depends on football and when I don’t play I have a very bad time, I am in a very bad mood and many things happen.

"That’s why I started with him and he was giving me a hand with that topic.

"Many years ago they would say to you 'but how are you going to go to a psychologist, are you crazy?' And today it is very important, especially for those of us who experience a lot of situations in terms of being away from your family."

The 25-year-old was loaned out to Atletico Madrid for the 2020-21 campaign, but was unable to nail down a regular role with the Liga title winners.

He also lost his mother to coronavirus in March and found it difficult at that stage to juggle personal and professional commitments.

Torreira added: "I wanted to stay in Fray Bentos with my family. I had very little desire to go back to Spain because I had to stay there alone.

"Luckily one of my brothers left with me, but I wanted to be here, with my father, because he was the one who was suffering the most and the one who was hurt the most by this whole situation.

"He was always with my mother, they went everywhere together and today seeing him alone is a very hard blow that we find difficult to take in and we try to be with him, to help him, accompany him and also hold him so that he does not fall because now we have to continue, for us, for him and because the most important reason to continue living is always going to be our mother."