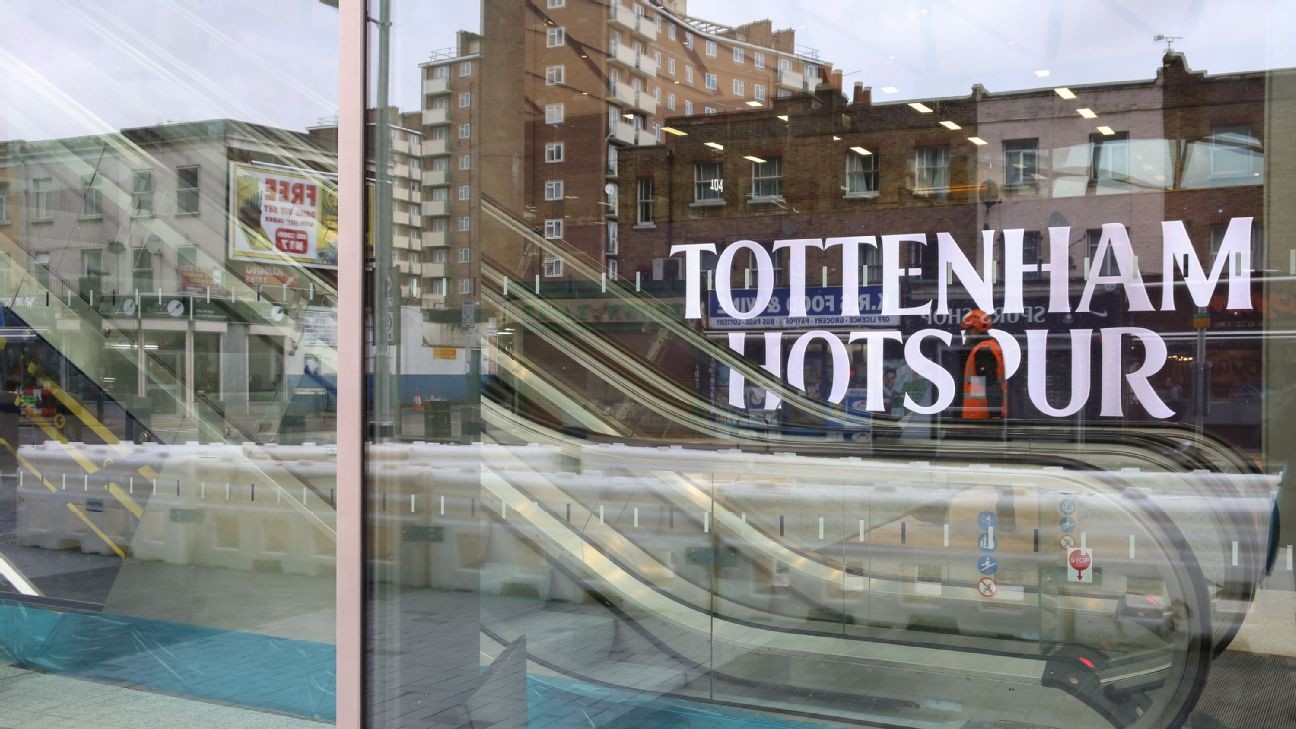 Shaka Hislop presents his weekly Power Rankings, where quite a few Premier League clubs find their way into the top 10.

Gab Marcotti delves into the Champions League quarterfinal ties of Ajax vs. Juventus, Liverpool vs. Porto, Tottenham vs. Man City and Man United vs. Barcelona.

Tottenham Hotspur chairman Daniel Levy has told the club's official supporters' trust that summer transfer plans will not be affected by the cost of the new stadium, according to published minutes from the meeting.

Spurs have played their home matches at Wembley this season despite expecting to start the campaign at the new White Hart Lane as the building of the new ground has taken longer than expected.

With help from former Tottenham and Liverpool director of football Damien Comolli, we show you a step-by-step guide to a transfer.

FIFA have banned Chelsea for a period of two transfer windows. But what did they do wrong and how will the punishment play out?

Last summer, Tottenham became the first team in Premier League history not to sign any players since the introduction of the transfer window, and they failed to make any additions in January either.

However, THST Official released a report detailing a meeting with Levy, in which they were told that money has been set aside for signings in the summer -- with more available should the club sell players.

Levy also said that, despite the stadium costs exceeding the club's initial expectations, that will not have an impact on the amount available for summer transfers and that money wasn't the issue which prevented them from making signings last year.

He said the main problem the club faced was a lack of homegrown talent, which meant the squad was at its limits in terms of overseas players.

Tottenham, who are in the Champions League quarterfinals and sit third in the Premier League -- three points ahead of fifth-place Manchester United -- will have more "flexibility" if they are in Europe's premier competition again next season, Levy added.

Meanwhile, he denied reports the club had been in talks with Nike over naming rights for the new stadium, as it's not what the sportswear company do as a business.