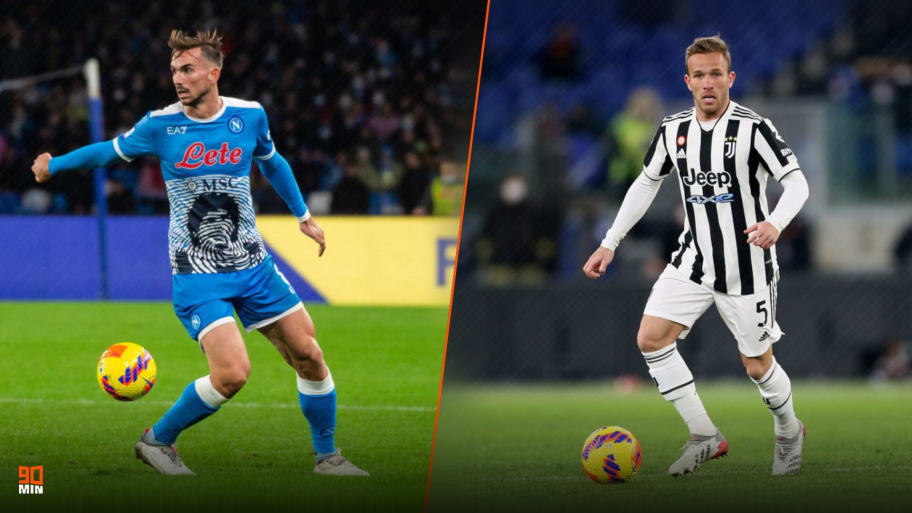 Arsenal's chances of landing Juventus midfielder Arthur Melo have been handed a blow as the Serie A side are reluctant to offload until they find a replacement. Chelsea's Ruben Loftus-Cheek is one man on their wish list.

Another candidate to replace Arthur is Tanguy Ndombele of Tottenham, who would prefer to send the Frenchman over to Italy. Spurs boss Antonio Conte and director Fabio Paratici both have ties to Juve.

Thomas Tuchel's Chelsea are reportedly preparing to make a fresh contract offer to centre-back Antonio Rudiger, but there are concerns over the future of Andreas Christensen, who is now being monitored by Borussia Dortmund.

Alongside Christensen, Dortmund have also been offered the chance to sign Manchester United midfielder Donny van de Beek, who has been given the chance to join Newcastle as well. The Dutchman continues to struggle for minutes under Ralf Rangnick and is keen to leave.

If United can find room in the wage budget, they are prepared to move for Napoli midfielder Fabian Ruiz, who has 18 months left to run on his contract.

West Ham star Jarrod Bowen is keen to move to Liverpool in the near future, which scouts watching him excel against Norwich earlier in the week. Bowen has contributed to more goals than any other English player in the Premier League this season.

Liverpool are also growing more and more confident that they will be able to lure Jude Bellingham away from Dortmund at the end of the season. The 18-year-old is being watched by most of Europe's elite.

There is less optimism, however, about Liverpool's chances of signing Leeds United winger Raphinha, who is expected to sign a new contract at Elland Road before the end of the current campaign.

Aston Villa are ready to turn their attention to Brighton centre-mid Yves Bissouma, who is now at the top of Steven Gerrard's shopping list following the arrival of Lucas Digne.

Newcastle United's pursuit of a new centre-back is looking to be costly. They have been told they must pay over £37m to sign Fiorentina's Nikola Milenkovic, and they also remain in contact with Lille over Sven Botman, despite being told the Dutchman is not for sale.

Over in Spain, Real Madrid are keeping an eye on Barcelona centre-back Ronald Araujo and are hopeful that he will not sign an extension to his contract, which has just 18 months left to run. Contact has already been made with the Uruguayan's representatives.

Barcelona are also expecting Chelsea to make an offer to take right-back Sergino Dest on loan with a view to a permanent move. The American, who can also play on the left, is on the transfer list at Camp Nou.

Shanghai Port midfielder Oscar, formerly of Chelsea, could take a huge pay cut to move to Barcelona this month. He is under contract until the end of 2024 but would be intrigued by the prospect of returning to Europe.