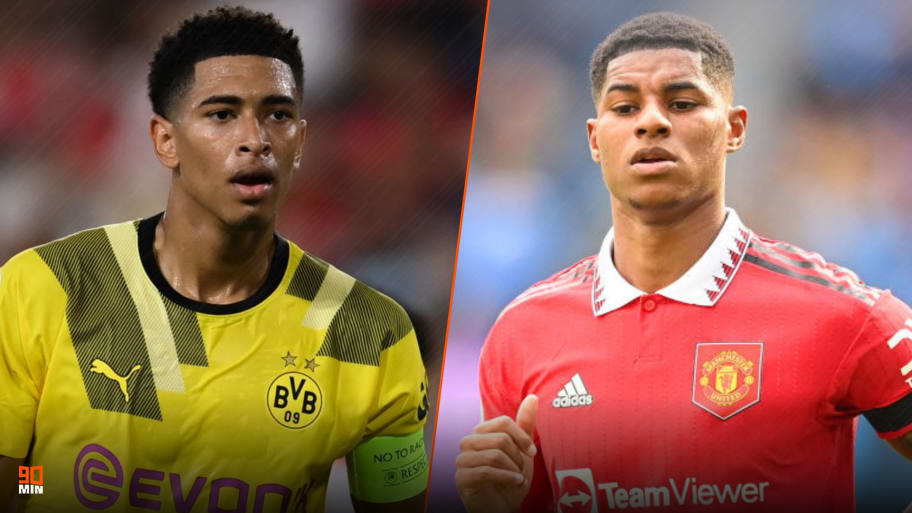 Liverpool have been tipped to move for Bayern Munich starlet Jamal Musiala next summer if they fail with an approach for primary target Jude Bellingham at Borussia Dortmund (Mirror).

The Reds will face competition for Jude Bellingham, who is not only wanted by Real Madrid but also now by Premier League rivals Manchester City (Sport1).

On top of moving early for Christopher Nkunku by already conducting a medical for the Frenchman, Chelsea are described as 'ahead of everyone' for AC Milan winger Rafael Leao (Star).

Arsenal are clamed to be monitoring Manchester United forward Marcus Rashford, who is in the last season of his current contract - albeit with the option of an extra year (Football Insider).

The Gunners have also been informed they will have to pay a sizeable sum if they want to sign Shakhtar Donetsk winger Mykhalo Mudryk, who has two goals and two assists in the Champions League so far this season (Mirror).

Contract talks have stalled between Chelsea and N'Golo Kante, who is at risk of becoming a free agent in the summer. As things stand, he would be able to openly speak with long-term admirers Paris Saint-Germain in January (Mail).

Tottenham are showing interest in Ajax talent Mohammed Kudus but are expected to face considerable competition for the young Ghanaian's signature (Express).

Meeting in the Champions League, Chelsea were hoping to hold talks with AC Milan officials this week over a potential transfer for out of favour Hakim Ziyech (Express).

Lionel Messi is thought to be open to a return to Barcelona ahead of next summer, although there are some question marks over his relationship with president Joan Laporta over the way his exit was handled in 2021 and a lack of direct contact since (Mail).

Naby Keita is not expected to discuss a new contract with Liverpool until January, by which time he will have just six months left on his current deal and be eligible to negotiate with other clubs (Bild).

Barcelona are reported to have agreed a transfer fee with Atletico Madrid for Antoine Griezmann that comes in at just €20m. Atletico extended their loan deal in summer but were reluctant to trigger a €40m clause, which led to a bizarre situation of him playing only 30 minutes per game (Marca).

Arsenal striker Eddie Nketiah is frustrated by his lack of game time this season, having rejected the opportunity to leave the club during the summer transfer window by signing a new contract (Mail).

Everton are set to pay only £4.5m to make Conor Coady a permanent part of their squad and will make the move before the end of the season. A few add-ons could boost the figure slightly, but Wolves are thought to have have agreed to the surprisingly low figure (Telegraph).

Juventus could be set for a double blow, with target Nicolo Zaniolo tipped to sign a new contract with Roma and Arsenal showing interest in midfielder Manuel Locatelli (CalcioMercato).

Former Liverpool, Barcelona and Atletico Madrid star Luis Suarez could land himself a new challenge after the World Cup, with a move to LA Galaxy said to be close for the 35-year-old (AS).

This article was originally published on 90min as Transfer rumours: Man City keen on Bellingham, Arsenal linked with Rashford.