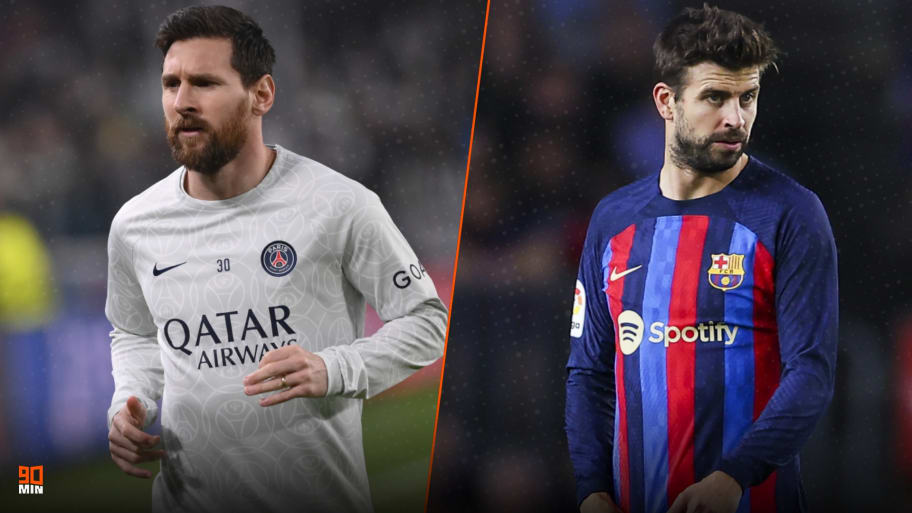 Lionel Messi does not want to leave Paris Saint-Germain without winning a major trophy like the Champions League and has therefore opened talks over a contract extension with the Ligue 1 side. (L'Equipe)

After dropping out of European competition altogether, Atletico Madrid are willing to listen to offers for forward Joao Felix and believe that Manchester United will reignite their interest in the 22-year-old. (Cadena SER)

Liverpool are preparing to open talks with Brazilian forward Roberto Firmino over a new contract as a reward for his excellent start to the season. (Football Insider)

Gerard Pique is expected to walk away from €30m in salary by retiring from Barcelona at the weekend, with the club already planning how to reinvest that money. Inigo Martinez, Juan Forth, Martin Zubimendi and Bernardo Silva are on their wish list. (AS)

Mikel Arteta insists Arsenal will only sign players capable of taking them 'to the next level' in January, with Shakhtar Donetsk's Mykhaylo Mudryk and Orlando City's Facundo Torres among his targets. (Daily Mail)

Chelsea co-owner Todd Boehly has established a relationship with the entourage of Borussia Dortmund midfielder Jude Bellingham in the hope of beating Real Madrid to his signature. (Sport Bild)

Antonio Conte also wants Spurs to sign Inter right-back Denzel Dumfries and would be prepared to send Emerson Royal the other way in exchange. (Calciomercatoweb)

Aston Villa have made Villarreal defender Pau Torres their top target for the January transfer window in the hope of setting up a reunion with new boss Unai Emery. (Football Insider)

Manchester City have entered the race to sign Borussia Dortmund forward Youssoufa Moukoko on a free transfer and have 'set their sights' on beating Liverpool to the teenager's signature. (Football Insider)

Representatives from Real Madrid are currently in Sao Paulo to negotiate with Palmeiras over the signing of teenage striker Endrick. (Marca)

Real could lose right-back Alvaro Odriozola, however, with Juventus making contact with the Spaniard over an imminent transfer. (Foot Mercato)

Bayern Munich chiefs Hasan Salihamidzic and Marco Neppe travelled to France for talks with on-loan goalkeeper Alexander Nubel. They want him as the eventual successor to Manuel Neuer but the 26-year-old has insisted he will only return to Munich if he is immediately made the starter. (Sport Bild)