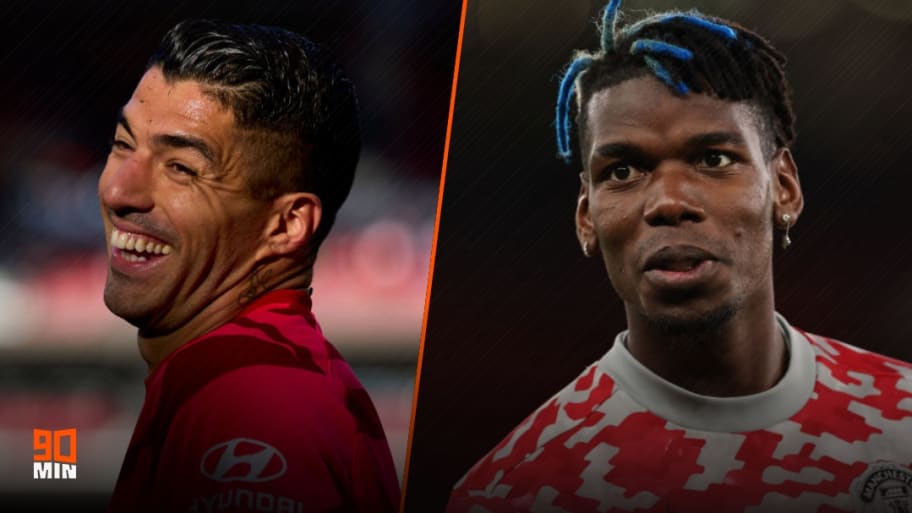 Atletico Madrid striker Luis Suarez is interested in a sensational reunion with Steven Gerrard at Aston Villa. The 34-year-old is likely to leave the Wanda Metropolitano at the end of the season and could link up with former Liverpool teammate Gerrard on a free transfer.

PSG are in talks with Manchester United's Paul Pogba and AC Milan's Franck Kessie, with the club hoping that their signings may convince Kylian Mbappe to extend his contract at the club.

Real Madrid remain confident of landing Mbappe in the summer, while Pogba is also rumoured to have said that he wants to join Real when his contract expires at Old Trafford.

Juventus have ruled out a loan move for Anthony Martial because the club cannot afford to cover his hefty wages. The Frenchman is available this month despite patching up his relationship with interim boss Ralf Rangnick over his alleged unwillingness to be a substitute.

Liverpool are tracking Fulham teenager Fabio Carvalho and may launch a £5m January bid to fend off interest from West Ham.

Newcastle have seen an initial loan offer for Duvan Zapata with an obligation to buy rejected by Atalanta. The Magpies offered £4m up front, plus an additional £21.7m should the club stay up, but the Serie A side deemed the bid unacceptable.

Eden Hazard wants to leave Real Madrid but has no interest in joining Newcastle. Reports in Spain suggest a £41.3m offer was lodged and accepted, only for the Belgian to say no.

Arsenal midfielder Mohamed Elneny may be departing the Emirates Stadium amid interest from Turkish giants Fenerbahce. The Egyptian has been unable to command a regular place in the side under Mikel Arteta.

The Gunners' move for Arthur Melo continues to stall as Juventus seek a midfield replacement. Denis Zakaria of Borussia Monchengladbach is one player the Italians are in for, while exploratory talks have also been held with Lyon over Bruno Guimaraes - who ironically is also on Arsenal's shortlist.

Brentford manager Thomas Frank was coy over links to Christian Eriksen in his latest press conference, but did admit that the Dane deserves to play at the highest level. The Bees are understood to have offered Eriksen a six-month contract following his release from Inter.

Barcelona are considering a move for 22-year-old Real Sociedad striker Alexander Isak. The hotshot Swede is viewed as an alternative and more viable signing to Erling Haaland, who is wanted by every major club around the world.

Full-back Sergino Dest may not be leaving Barcelona after his agent confirmed he's happy to stay at Camp Nou. The USMNT star has been linked with moves to Chelsea and Bayern Munich, and Barça will not stand in his way should an appropriate bid come in.

Chelsea defender Andreas Christensen has no intention of joining another Premier League club. The Dane is out of contract this summer and is yet to sign a new deal at Stamford Bridge, but any move away will result in moving abroad. Barcelona and Bayern Munich are among those chasing him.

Inter wideman Ivan Perisic will not be leaving the club despite links to Chelsea. The Blues had been touted for a move for the 32-year-old, who is out of contract in the summer, but the Nerazzurri are working on extending his stay in Milan.

Leeds are continuing to chase Red Bull Salzburg midfielder Brenden Aaronson, but they must raise their offer if they are to land him this window.

This article was originally published on 90min as Transfer rumours: Suarez interested in Villa, Pogba dilemma.