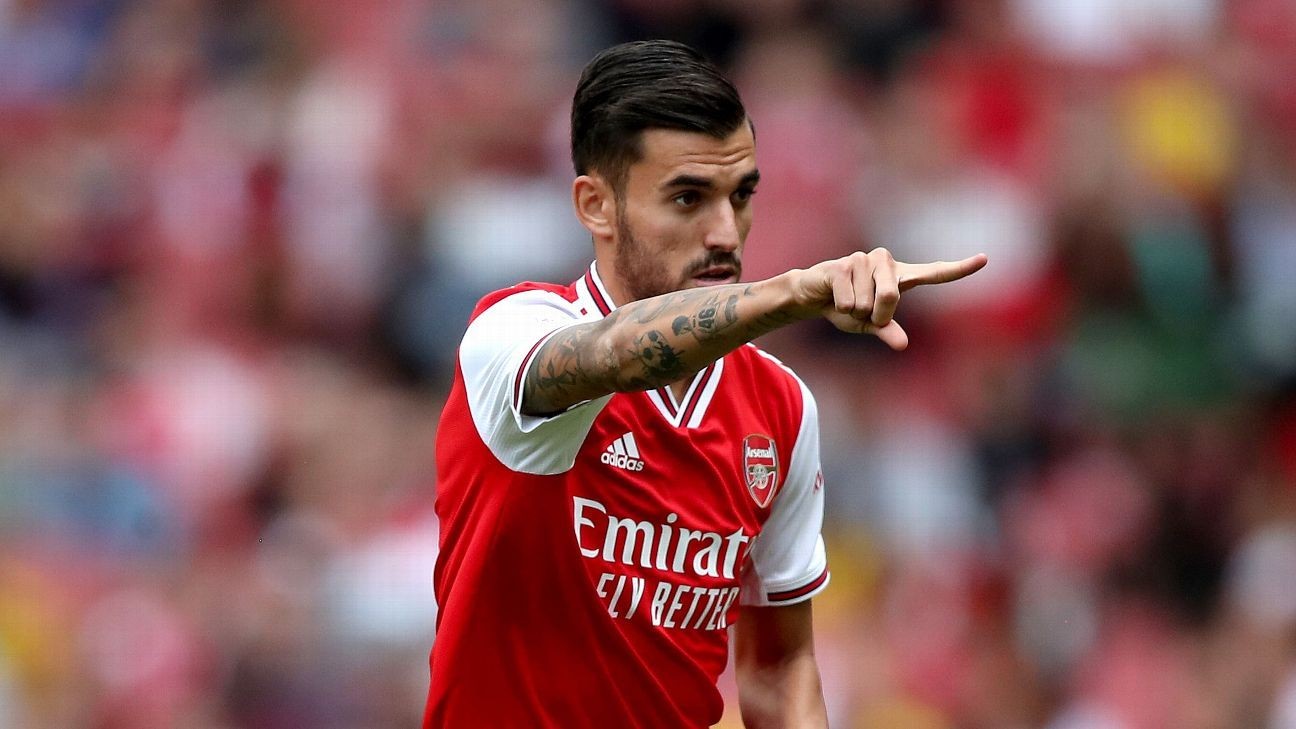 On Friday, The Express reported that Gunners chief Mikel Arteta is in talks with Real Madrid to turn Ceballos' loan stay at the Emirates into a permanent deal after impressing during his 20 Premier League appearances this season.

Due to the financial implications of COVID-19, though, Arsenal could be forced into welcoming back Ceballos on loan again next season. But that is the option also being explored by AC Milan, Valencia and Real Betis.

The report adds that the three clubs will face a much greater chance of signing the attacking midfielder next term should Arsenal fail to qualify for the Champions League, with the Gunners currently in eighth place in the Premier League.

United join City and Chelsea in race for Chilwell

Manchester United will join Chelsea and Manchester City in the race to sign Leicester City left-back Ben Chilwell for £60 million.

That's according to The Sun, which claims Chilwell has become a major transfer target for Red Devils chief Ole Gunnar Solskjaer.

The report adds that should Chilwell join United, it will put Luke Shaw's future at Old Trafford in doubt. Chilwell, who developed through Leicester City's academy, penned a long-term contract at the King Power Stadium two years ago that expires in 2024.

Nicolas Otamendi and Oleksandr Zinchenko could be set to depart The Etihad Stadium this summer as Manchester City eye a sensational swap deal with Napoli for Kalidou Koulibaly, reports The Sun.

The report says that City are prepared to part with the defensive pair in return for Koulibaly, though Bayern Munich's David Alaba and Bournemouth's Nathan Ake remain firm targets too.

Napoli have demanded £80m for Koulibaly, adding that Manchester United, Chelsea, Arsenal and Liverpool have all made contact with the Italian club concerning his availability.

The Sun has reported that City believe the price tag is too expensive, meaning club officials will instead offer players in an attempt to bring the cost down.

-- Chelsea are in pole position to prize Stoke City sensation Mohamed Sankoh away from Staffordshire this summer, according to Football Insider. The 16-year-old has been offered a fresh contract by the Championship club, but a lucrative deal from Chelsea means Sankoh is unlikely to accept. Tottenham, Everton and Celtic are also said to be interested in the teenager.

-- Barcelona have agreed personal terms with Lautaro Martinez for the Inter Milan striker to join the club next season but the signing could depend on selling Philippe Coutinho, sources have told ESPN.