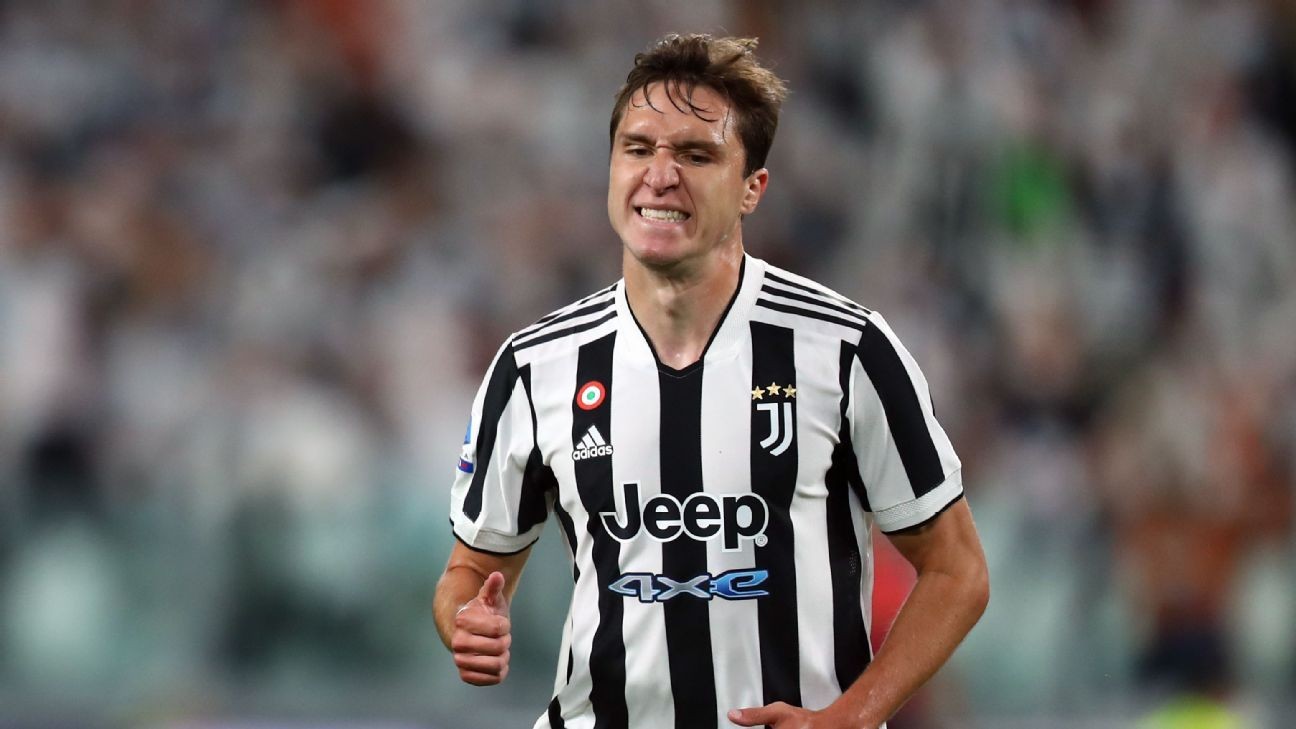 Chelsea, Liverpool and Bayern Munich are keen on Juventus winger Federico Chiesa but the Italian club view the 23-year-old as untouchable, according to Calciomercato.

It's believed that Chelsea offered €100 million for the Italy international in the summer, but Juventus urned down the proposal and don't fear holding onto the player in the future. They signed the winger on loan from Fiorentina for a €7m fee, with future fees of €40m required to permenantly secure his services.

The Blues are set to make a move for him again but are closely followed by Liverpool and Bayern Munich. However, it doesn't change the plans for Juventus, who aren't worried about losing him.

Chiesa was a key player for Italy in their summer victory at Euro 2020, helping turn the tide against England in the final. His seven appearances and two goals at the tournament has attracted interest from afar with his impressive performances.

However, his season so far with Juventus has been stop-start, suffering with injuries and only managing 184 minutes so far in four appearances with one goal in a key 3-2 win over Spezia midweek.

Federico Chiesa has caught the eyes of other big clubs. Marco Canoniero/LightRocket via Getty Images)

- Chelsea are preparing a €120m deal for Juventus defender Matthijs de Ligt after failing to land Sevilla star Jules Kounde in the summer, according to AS. The 22-year-old De Ligt's contract runs until 2024, however it has been well reported that there is a release clause inserted into his deal that activates next year and has attracted some European clubs into a possible move away from Juventus.

- West Ham United are eyeing a move for Clermont striker Mohamed Bayo, according to the Sun. The 23-year-old is said to be unsettled at the Ligue 1 club, which wants £10m in order to let the him leave. Hammers boss David Moyes is hoping to bring in the Guinea international as competition for star striker Michail Antonio.

- Barcelona are set to offer Ousmane Dembele a new two-year deal according to Sport. The 24-year-old could talk to non-Spanish clubs as of January due to his deal expiring at the end of the season, however the Catalan side believe the midfielder wants to stay and see him as an important part of their rebuild.

- Atletico Madrid are hoping to sign Napoli and Spain midfielder Fabian Ruiz, reports Calciomercato. Diego Simeone is said to be keen on the 25-year-old to bolster his central ranks, whilst Marcos Llorente could go the other way if the Madrid boss wants to land his top target.

- West Ham winger Jarrod Bowen is of interest to Liverpool as they look to bolster their attack amid the potential exit of Divock Origi. That's according to AS, which reports that the 24-year-old Bowen was a target in the summer window but with Origi unable to find a new club, it shut the door on a potential move until January.