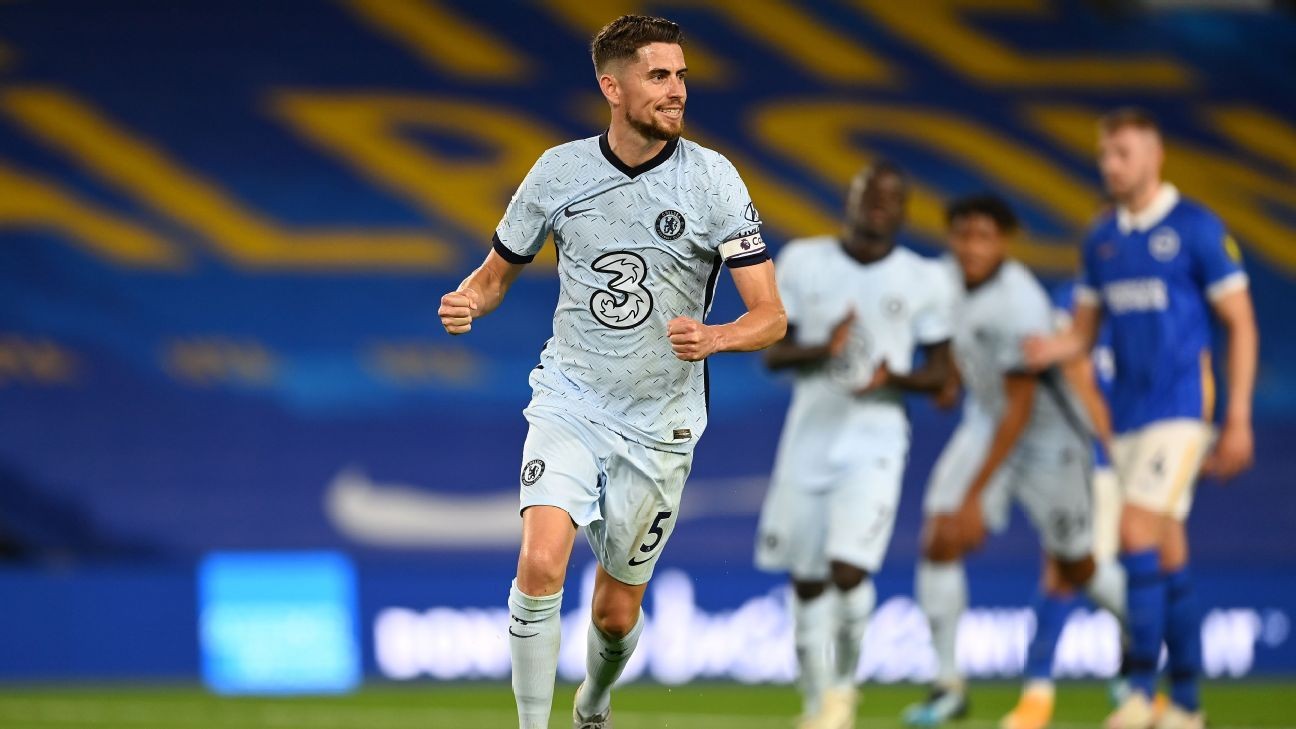 Juventus are set to pursue the signing of Chelsea's Jorginho, Tuttosport reports.

The former Napoli man isn't considered to be a 100% guaranteed starter at Stamford Bridge right now, despite getting the nod in Chelsea's 1-0 win against Liverpool on Thursday, but he still has enough of an impact to warrant the interest he's gaining from Turin.

Jorginho, who currently has two years left on his contract with the Blues, is one of many options for Juventus heading into what looks to be a real summer of change for them as a club following the possible end to their reign as multiple-times Serie A champions.

Leicester close in on Edouard

A deal worth around £15 million is reportedly close to being agreed, with Edouard wanting to be reunited with his former manager Brendan Rodgers.

The primary reason behind the move is obviously his overwhelming ability up top, but Rodgers also sees him as a possible long-term replacement for Jamie Vardy, who many believe is entering the final year or two of his elite prime.

Dragusin set to stay at Juventus?

Juventus defender Radu Dragusin is set to commit his future to the club, according to Goal.

The teenage sensation has been heavily linked with a move to many different top clubs across European football, but the belief is that he'll now stay put with Juve in what would be a huge win for the Italian giants.

He's only made a handful of first team appearances, but he's already done enough to earn plaudits and the report says he isn't ready to turn his back on the Old Lady just yet.

- Sport is reporting that Barcelona have two months remaining to trigger an option that would allow them to renew Oscar Mingueza's contract. The 21-year-old is currently set to leave the Nou Camp at the end of the season but if this clause is triggered, Mingueza could remain with the club until 2023.

- Football Insider is reporting that Arsenal midfielder Matteo Guendouzi will leave the club this summer. The Frenchman has been out on loan with Hertha Berlin this season after falling down the pecking order at the Emirates, with the Gunners hoping to offload him for a fee of around £25m.

- Union Berlin are considering keeping hold of Loris Karius beyond his current loan spell, says Calciomercato. The goalkeeper, best known for his Champions League final blunder against Real Madrid, has enjoyed a solid run with Berlin and with Alisson still being the No. 1 man at Liverpool, it makes sense for him to hedge his bets elsewhere.