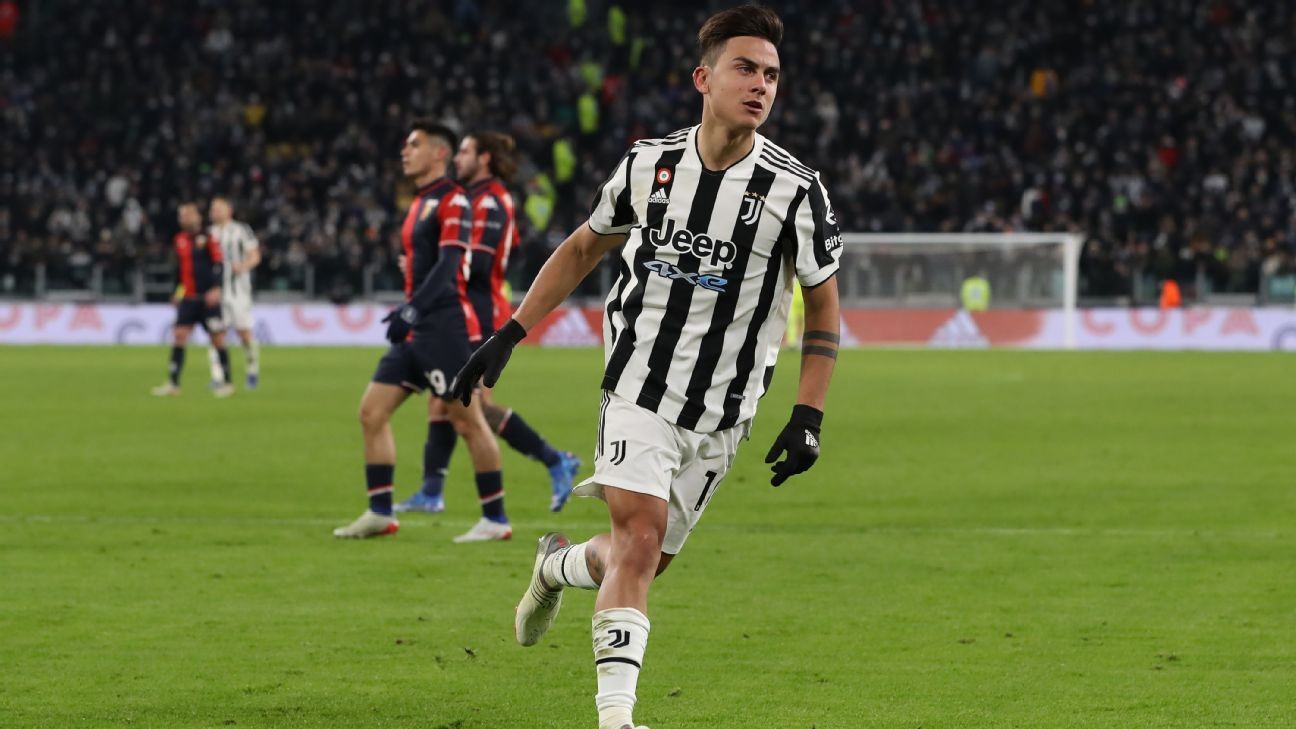 Liverpool are interested in signing Juventus forward Paulo Dybala on a free transfer, according to Calciomercato.

The 28-year-old is out-of-contract with the Old Lady at the end of the season, with the Reds said to be interested if he was to leave on a free.

Messi vs. Ronaldo: Two superstars, two summer moves. How is it going?27dMark Ogden, Julien LaurensMaguire, Coutinho, Van Dijk: How it started, how it's going for soccer's most expensive XI39dMark OgdenThe biggest star every top Premier League team has traded69dTor-Kristian Karlsen

The Serie A club have been quiet on the agreement, with some reports claiming he already has an agreement in principle over a new deal that just needs pen put to paper and an official announcement.

Speaking on his contract situation, Dybala said to DAZN: "Right now the club has other things to resolve so for now we can wait on this, what's happening now is more important than my contract."

Journalist Fabrizio Romano has claimed that an agreement has been reached over a new deal, which will extend the forward's stay with the Bianconeri for another five-years.

Dybala has spent six years at Juventus, joining from Parma back in 2015 for a valuation of £36 million. He has since gone on to score 108 goals with 46 assists in 269 competitive appearances for the club, winning 12 trophies at Juve.

Despite an apparent deal agreed between the two parties, an announcement is still to be made on the renewal, with the player able to negotiate a pre-contract outside of Italy from Jan. 1.

- Barcelona have reached a decisive week over the contract renewal of winger Ousmane Dembele, with Manchester United, Tottenham Hotspur and Newcastle United all interested in a move. The 24-year-old's current deal runs out at the end of the season, with the Catalan club making an ultimatum over a new contract that is reaching its last few days, reports Mundo Deportivo. He is said to be asked to decide over a final deal or the chance to play elsewhere.

- Real Madrid have identified midfielder Lovro Majer as the successor to Luka Modric in their central ranks. According to El Nacional, the Stade Rennais player is the top priority, with the Ligue 1 outfit valuing him at €35m.

- Atalanta have an agreement in principle for Sassuolo winger Jeremie Boga, reports journalist Nicolo Schira. The contract would run until 2026, though an agreement is yet to be reached between the clubs over the transfer. The reporter claims that Sassuolo value the player at €20m and don't want any other players included in the deal.

- Juventus are looking to move midfielder Arthur on loan in January, says Gazzetta dello Sport. The 25-year-old has struggled since his arrival in Italy from Barcelona, with the club looking to move him on due to his high wages in comparison to his game time.

- Newcastle are lining up a move for Stoke City striker Tyrese Campbell in January, says The Sun. The 21-year-old has impressed in the Championship, with new boss Eddie Howe willing to match the £20m valuation set by the Potters in a bid to avoid relegation.