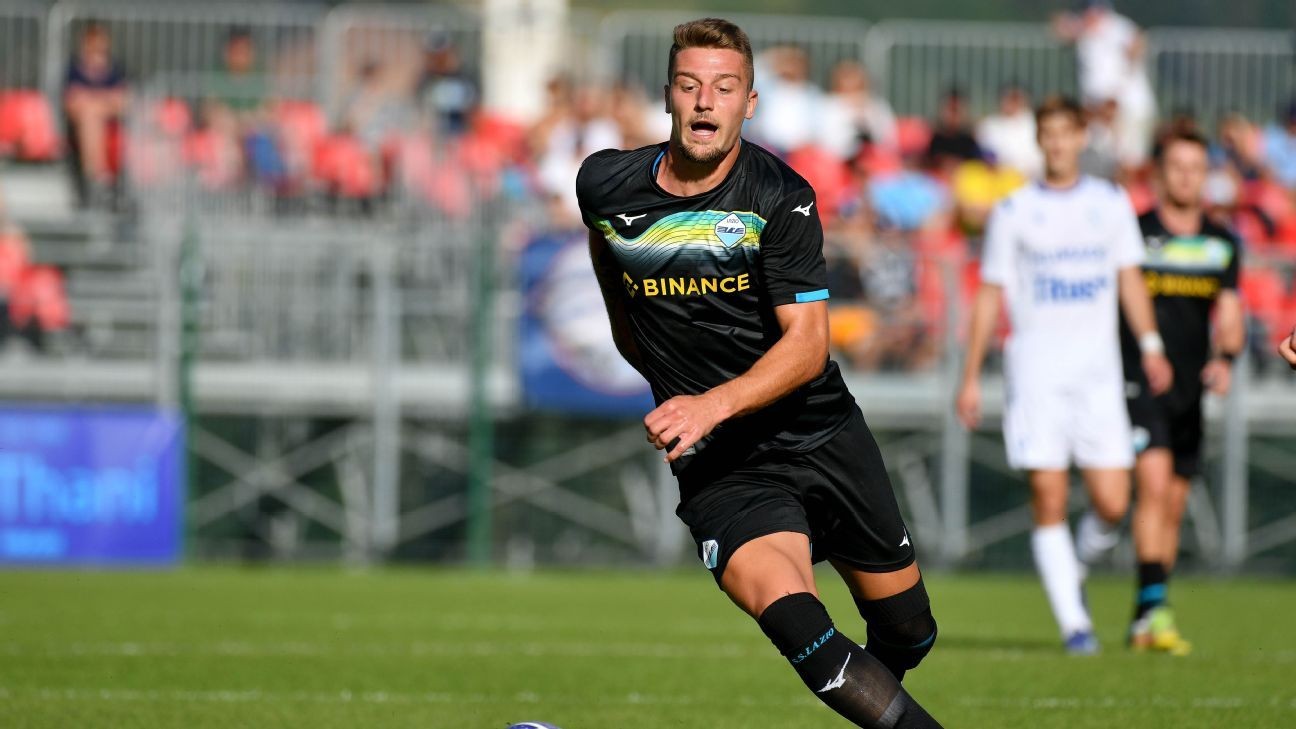 Manchester United are set to switch focus to Sergej Milinkovic-Savic as Erik ten Hag looks to acquire a centre midfielder before the transfer window closes, according to the Telegraph.

The Premier League side have been unable to land a priority midfield target this summer, having failed to agree personal terms with Barcelona's Frenkie de Jong, but the latest indicates that they will now step up their approach for the 27-year-old Lazio star as an alternative.

The impact of Messi's Barcelona exit, one year later1dSam Marsden and Julien LaurensWhat do the big Premier League clubs have to sort before transfer deadline?6dESPNBarca signing Kounde ahead of Chelsea is a coup for the club and LaLiga6dGraham Hunter

Sources have told ESPN that United have also made contact with Juventus about signing midfielder Adrien Rabiot. United believe that Juve are willing to let 27-year-old Rabiot leave and the France international would be keen to move to Old Trafford and play in the Premier League. Rabiot's mother and agent Veronique has started preliminary talks.

Milinkovic-Savic registered 11 goals and 11 assists for Lazio last season, with form that has seen him previously linked to several Premier League sides. The Serbia star could now be tempted away from the Estadio Olimpico where he is now inside the final 12 months of his contract.

Corriere dello Sport has suggested that Maurizio Sarri's side would be willing to consider offers in the region of €50 million to part ways with him. Among other clubs who have previously expressed interest in Milinkovic-Savic include Newcastle United, Arsenal, Chelsea and Paris Saint-Germain.

- Luis Muriel is the latest player to be added to Newcastle United's shortlist, according to Tuttosport. The 31-year-old versatile forward contributed to 17 goals in 27 appearances for Atalanta last season, and he is also understood to be on the radar of Juventus. Atalanta are reported to be considering potential alternatives if they receive an acceptable offer from the Magpies.

- Destiny Udogie is set to join Tottenham Hotspur, reports Fabrizio Romano. Talks have been held with Udinese over the past week for the 19-year-old wing-back, and it looks as though the Premier League club have won the race to secure his signature. He joins for a fee in excess of €20m, though it is reported that he will remain at Udinese until 2023

- Talks over a new contract have begun between Chelsea and goalkeeper Edouard Mendy, reveals the Daily Mail. While he still has three years remaining on his current deal, it is understood that the 30-year-old goalkeeper has one of the lowest salaries at Stamford Bridge, despite being deemed one of the squad's most important players. It is expected that he will receive an increase after his impressive performances since joining from Rennes in 2020.

- Boca Juniors are set to sign former Manchester United goalkeeper Sergio Romero, reveals TYC Sports journalist Leandro Aguilera. The 35-year-old will sign a two-year deal with the club, and that will become official after he completes his medical. Romero spent last season in Serie A with Venezia, where he made 16 league appearances for the since relegated side.

- Gerard Pique is prepared to accept a second salary cut, writes Sport. After he signed a deal in similar fashion during 2021, it looks as though the 35-year-old centre-back is willing to try to help Barcelona amend their current issues with their wage structure for a second time. It is reported that he is confident of earning starting minutes next season, and hopes to convince manager Xavi Hernandez of his place after he began to see less time on the pitch in the upcoming campaign.

- Juventus are considering moving on Moise Kean before the transfer window closes, according to Calciomercato. He made 32 Serie A appearances last season, but he is understood to have upset Massimiliano Allegri after he missed a team meeting. Atletico Madrid and PSG have both been linked with the 22-year-old forward, and the Bianconeri are hopeful that Ligue 1 side may be willing to make a move for him after his previous successful loan spell at the Parc des Princes. Kean enters the second season of a two-year loan deal with Juventus from Everton.