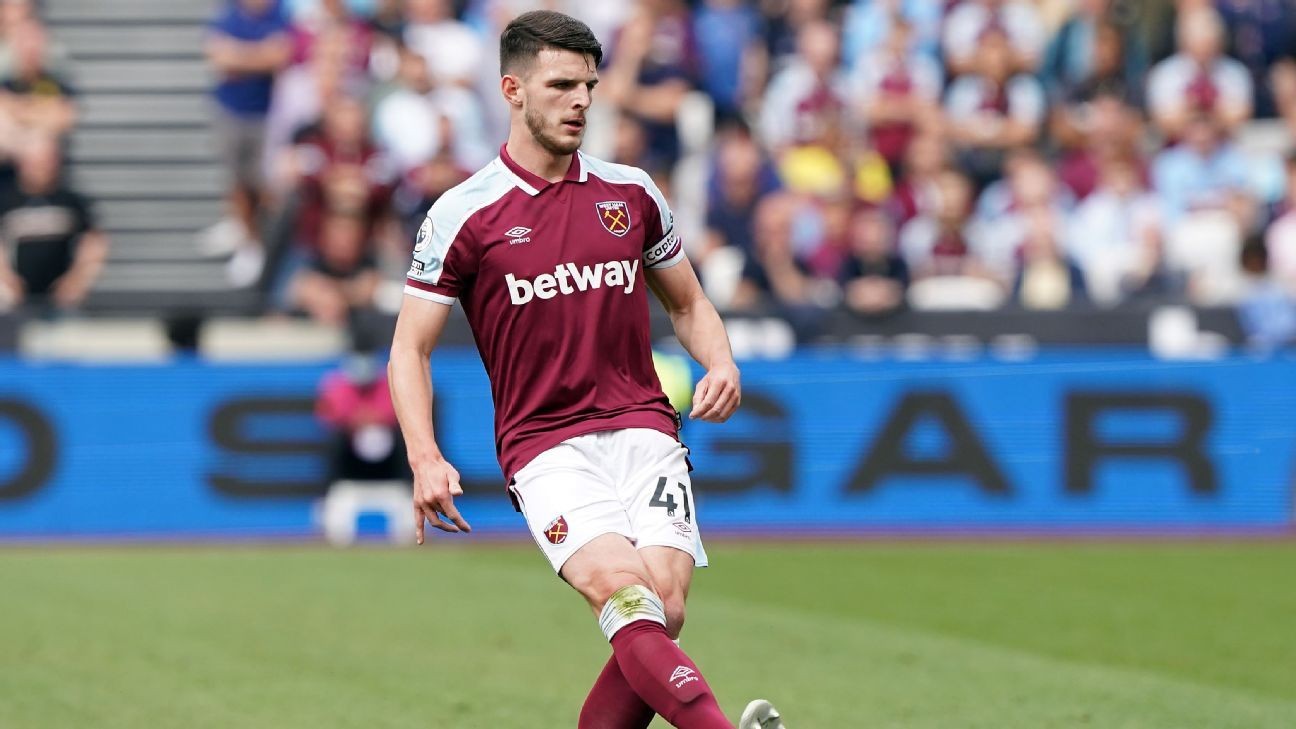 Manchester United will prioritise a move for West Ham United star Declan Rice next summer, according to The Independent.

The Hammers star is considered as the missing piece in the puzzle for Ole Gunnar Solskjaer's side, with the England international seen as the perfect partner for Paul Pogba in midfield.

The Red Devils held a genuine interest in the 22-year-old over the summer, but after shelling out fees on Raphael Varane, Jadon Sancho and Cristiano Ronaldo, the club were unable to meet the London side's £100 million valuation.

With talks stalling over a new contract for the defensive midfielder at the London Stadium, Rice may seek a new challenge. The Premier League star currently earns £3,000 per week, a figure that will rise dramatically should he secure a move to Old Trafford.

It also remains to seen whether Pogba will remain at United, as agent Mino Raiola has that the France playmarker could move back to Juventus.

Declan Rice could join Man Utd's midfield next summer if the price is right. Jonathan Brady/PA Images via Getty Images

- Sportime journalist Giannis Chorianopoulos reports that Garry Rodrigues is set to join Olympiakos after agreeing on a deal with the Greek club. The former Elche star was a free agent after last representing Al-Ittihad in the Saudi Pro League. The 30-year-old prefers to play as an attacking midfielder and enjoyed his most decorated season in 2018, contributing 19 goals in 29 games for Galatasaray.

- Thomas Tuchel is confident of Antonio Rudiger renewing his contract at Chelsea. As quoted by Goal, speaking to reporters, the Blues manager said: "So everything is in place, and give things the time they need. Sometimes it needs a bit longer, sometimes things are very fast, Toni feels very, very good at Chelsea."

- With Gianluigi Donnarumma set to take the reigns as the starting goalkeeper at Paris Saint-Germain, the club will look to move on Keylor Navas in January, according to Le 10 Sport. The Costa Rica international has been Mauricio Pochettino's go-to keeper for the opening games, and despite five wins from as many games, ex-AC Milan star Donnarumma is rumoured to have won the starting job at the Parc des Princes. It remains to be seen where the ex-Real Madrid man will land next.

- Lazio are interested in a move for free agent Dani Alves, writes Calciomercato. The Brazil star terminated his contract at Sao Paulo and met with rivals Flamengo on Friday. The talks with the Rio de Janeiro powerhouse were positive, meaning the Biancocelesti will have to work fast if they want to tempt the 38-year-old with a move back to Rome.

- Journalist Nicolo Schira reports that Sergi Roberto has signed a new deal at Barcelona until 2024. The defender has been in talks since July, and after a spell of negotiations, the 29-year-old has finally put pen to paper on new terms. The Blaugrana star is the latest player to commit his future to the club with the LaLiga side also looking to secure new deals for a number of stars including Ousmane Dembele, Pedri and Ansu Fati.