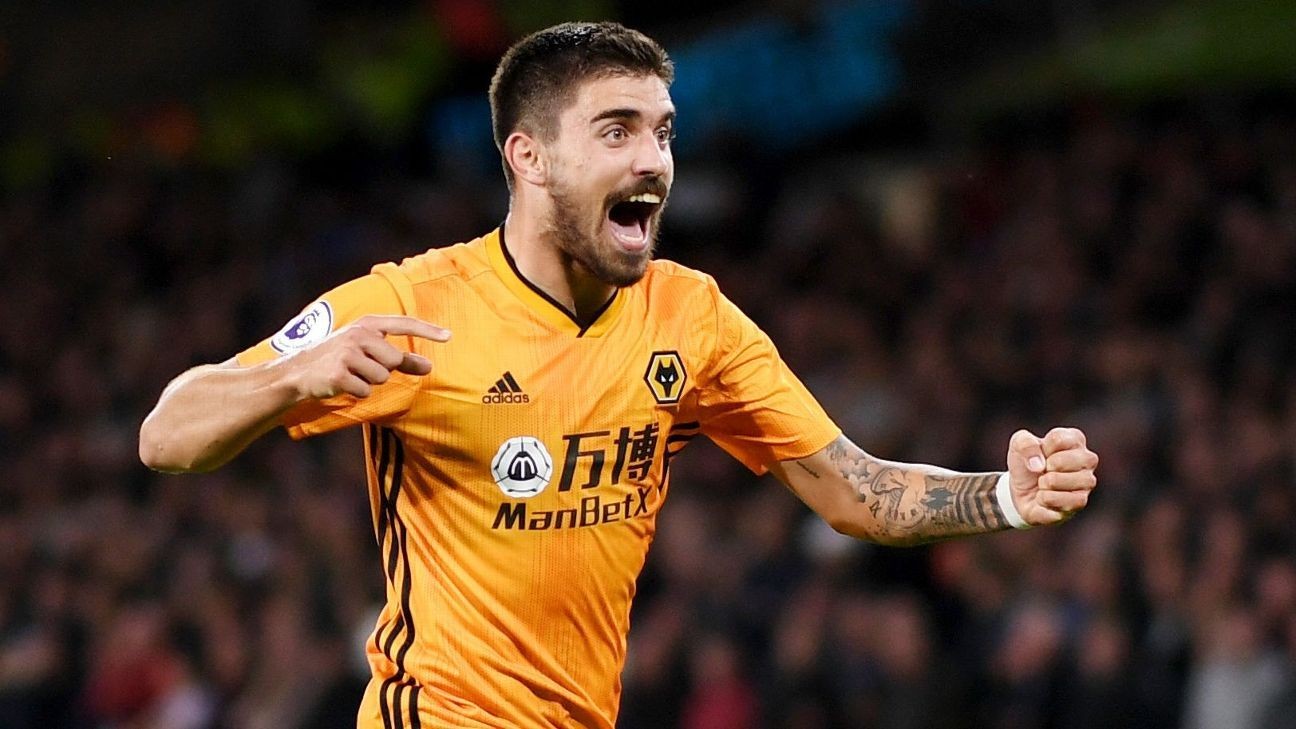 Manchester United have leapfrogged Arsenal in a move for Wolverhampton Wanderers midfielder Ruben Neves, according to TalkSport.

The 24-year-old has been long linked with a move to the Gunners this summer with two-years left on his deal. The Midlands outfit are said to value the midfielder at £35 million if they are to let him go.

Neves joined the Molineux outfit in 2017 for roughly £15m from FC Porto. The midfielder helped his club gain promotion from the Championship that season and his profile has only risen in the game since then. He has made over 100 appearances in the Premier League and also has Champions League experience from his time at Porto.

With uncertainty surrounding the future of Paul Pogba, a move for the Portugal international could help United bolster their midfield for long-term security.

Whilst for Arsenal, the midfielder could be seen as a replacement for the outgoing Granit Xhaka, who is expected to leave for AS Roma in the coming weeks.

Tottenham Hotspur are also linked with the player and they could lure him to the club thanks to new boss Nuno Espirito Santo. The Spurs manager was in charge of Wolves when he signed Neves, meaning they could have an advantage in landing him.

Ruben Neves may be on the move to Arsenal or Manchester United. Shaun Botterill/Getty Images

- Liverpool are interested in West Ham United's Jarrod Bowen as Jurgen Klopp looks to bolster his squad in the attacking third. The Athletic reports that the 24-year-old is on the Merseyside club's radar this summer, fitting the profile of a winger with potential to improve further. The winger, who can play anywhere across the front three, joined the Hammers for roughly £18m from Hull City in January 2020. Any move is said to be dependent on if Jurgen Klopp can move squad members Divock Origi and Xherdan Shaqiri. Liverpool are said to be monitoring Bowen's development beyond this summer if a move doesn't materialise.

- Aston Villa are in advanced talks to sign Norwich City playmaker Todd Cantwell, reports Football Insider. The Canaries are said to value the 23-year-old highly, meaning that Villa would have to put in a significant offer for the player. However, Cantwell only has one-year left on his deal, meaning manager Daniel Farke could be forced to move him on rather than lose him as a free. The playmaker can play across the attacking midfield positions but usually plays on the left for Norwich, earmarking another wide player that Dean Smith wants to bolster his squad.

- Leicester City, Southampton and Burnley are all interested in a move for Arsenal's Ainsley Maitland-Niles according to BBC Sport's Simon Stone. The 23-year-old has been linked with a move away from the Emirates after spending years coming through the youth ranks with the Gunners. Maitland-Niles has nearly 80 appearances in the Premier League, spending last season on-loan at relegated West Brom, making 26 appearances.

- Tottenham are pushing for a move for Roma midfielder Lorenzo Pellegrini, according to Calciomercato. The 25-year-old only has a year left on his current deal, which would allow him to discuss joining a new club in six months time. The midfielder also has a clause in his contract that would allow him to leave for €30m but that expires in just over a week and Spurs aren't willing to meet that valuation at this moment. The Italy international has a preference to stay with Jose Mourinho's team beyond the end of next season, but could be willing to leave if improved terms aren't agreed.

- Aston Villa are eyeing a move for Bayer Leverkusen winger Leon Bailey, reports the Daily Mail. The 23-year-old is valued at between £25-30m with the club looking to add another wide player to his ranks. The Jamaica international registered 18 goal involvements in 30 Bundesliga appearances last season, impressing with his best output since moving to Germany.