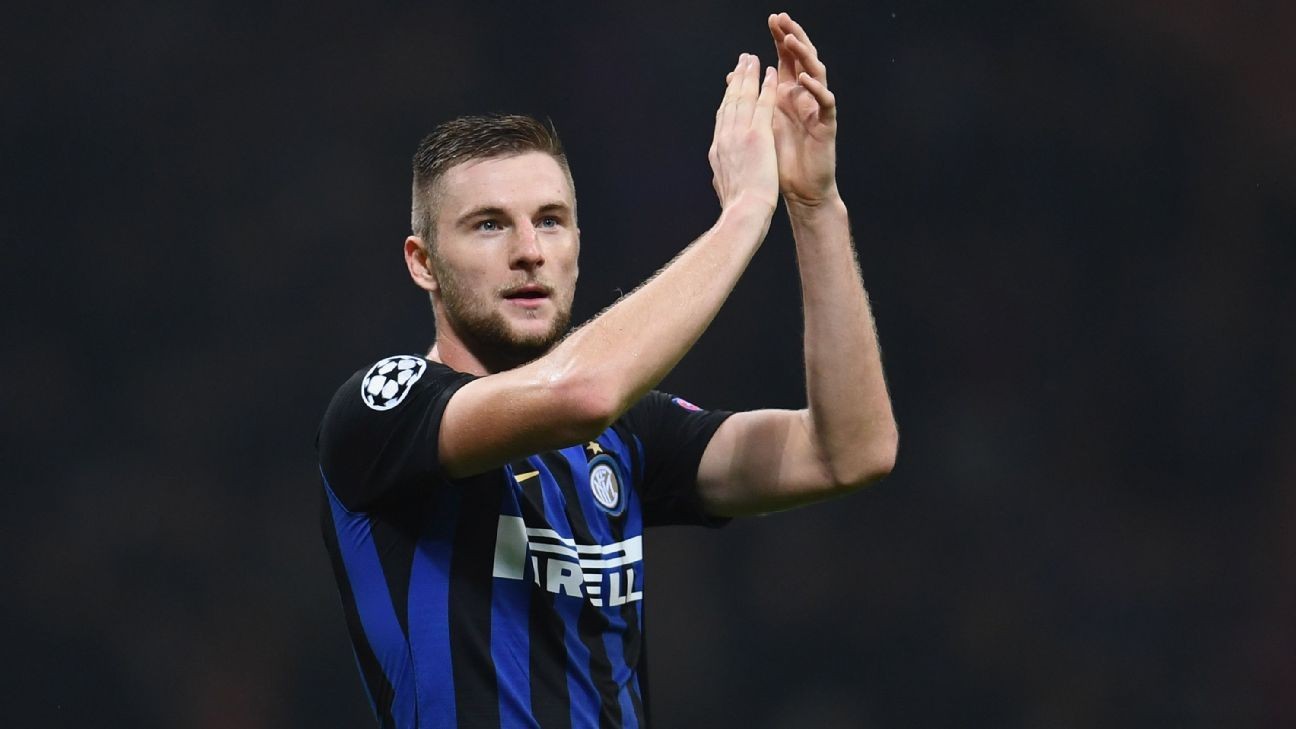 The Independent reports that Manchester United and Manchester City could battle it out over both Kalidou Koulibaly and Milan Skriniar in the next few months.

City, who lost their Premier League crown to Liverpool this season, are desperate for a few more defensive reinforcements after a string of poor results throughout the campaign. Napoli star Koulibaly is reportedly their main target, but Inter Milan could be swayed by a potential swap deal involving Skriniar and Sergio Aguero.

Milan Skriniar is one centre-back drawing interest from both Manchester clubs, along with Kalidou Koulibaly. Photo by Claudio Villa - Inter/Inter via Getty Images

While United have largely been focusing on attacking players, both Koulibaly and Skriniar have been viewed as long-term targets for the Red Devils, which could well prompt a bidding war between the neighbours.

Arsenal manager Mikel Arteta has confirmed that the club want to try and keep hold of midfielder Dani Ceballos, the Evening Standard reports.

The popular Spaniard's loan spell from Real Madrid is set to expire at the end of the season, but after a strong run of form since the restart, Arteta isn't all too eager to see him leave the Emirates.

When he was formally asked whether or not he wants to keep him on the books, the boss had the following to say: "Yeah, we are talking to the club, obviously we don't own the player. He's not in our hands so the clubs will need to have a communication and see what we can do".

Manchester United manager Ole Gunnar Solskjaer may have revealed his plan to sign Bournemouth defender Nathan Ake this past weekend, according to the Telegraph.

United ran out 5-2 winners over the Cherries on Saturday afternoon, giving their Champions League qualification hopes yet another boost, but it appears as if Solskjaer already has his eye on the summer transfer window.

When the BT Sport cameras were rolling after the game, Solskjaer allegedly told Ake: "We need a left-footed centre-back, so keep going."

While some will pass it off as nonsense, the aforementioned Telegraph report does confirm that the club are indeed in the market for a left-footed defender. If that wasn't enough, the Mail writes that Ake could be part of cost-cutting measures for the relegation-threatened South Coast club this summer.

- Crystal Palace are pushing forward with plans to try to sign Celtic sensation Odsonne Edouard, the Sun reports. The Eagles have been admiring the Frenchman for quite some time now, and they're reportedly weighing up an ambitious £25 million bid in order to secure his signature. Celtic have previously made it clear that Edouard, 22 and has two years left on his current contract, is not for sale.

- Bristol City and Queens Park Rangers are two of the many clubs interested in signing Rapid Vienna midfielder Stefan Schwab this summer, the Mail reports. The 29-year-old will be available on a free transfer at the end of the campaign, and despite interest from around Germany and Italy, he's believed to be more interested in a switch over to England.