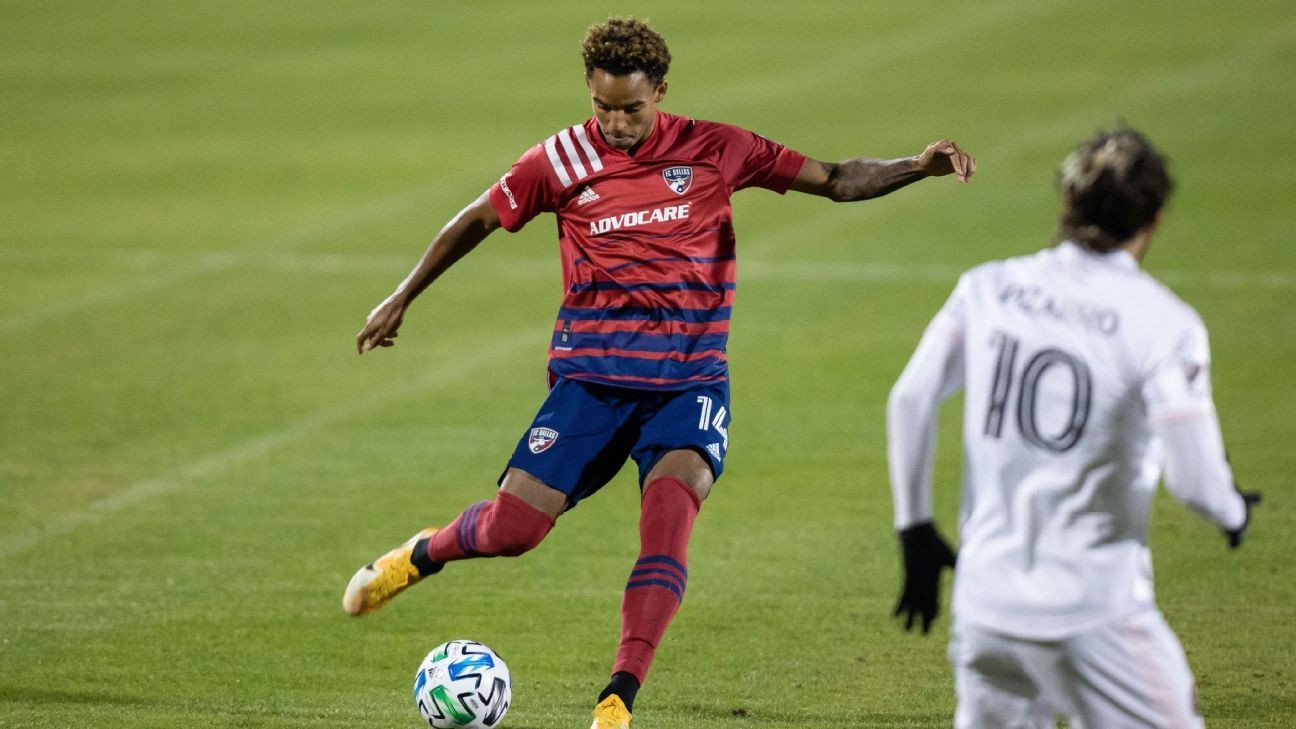 Roma have made a new bid in an attempt to sign MLS teenager Bryan Reynolds, Fabrizio Romano reports.

Chelsea's 'longest-serving' player leaves after 3 games in 10 yearsTransfer grades: Milan a B- for MandzukicJanuary transfer preview: Clubs to battle for Upamecano?

The transfer specialist reports that the Italian giants have put forward a bid of around €7 million, and while FC Dallas' Reynolds did initially have an agreement in place with league rivals Juventus, no paperwork was formally signed.

At the age of just 19, Reynolds is widely considered to be one of the most exciting talents to come out of North America in quite some time.

Southampton manager Ralph Hasenhuttl is confident that striker Danny Ings will sign a new contract with the club, the Daily Mail reports.

Despite interest from around the Premier League as well as reports indicating that Ings wants to move to a club playing Champions League football, Hasenhuttl had the following to say about the Englishman's next move.

"I can only say that we want him to stay here," the German coach said. "We've shown as a club that we want him to be here, definitely, and he's shown signals that he wants to stay with us. So I'm still positive that we're fine together for the future."

Torino are hoping to take Gedson Fernandes on loan from Benfica, Tuttomercato reports.

Fernandes is currently out on loan in North London with Tottenham Hotspur, but hasn't quite been able to strike gold with the club -- with some suggesting he's been one of Spurs' worst signings in quite some time.

Torino are hoping to take advantage of that with the report adding that a deal could be struck in the next few days.

- West Ham United have brought their interest in Sevilla forward Youssef En-Nesyri, TalkSport reports. Their bid of £27m was rejected last week with Sevilla upping their demands to around £35m, but with the Hammers seemingly unwilling to meet that figure, their search for a new striker goes on.

- Sky Sports is reporting that Burnley have joined the race to sign Bournemouth striker Joshua King. The 29-year-old is out of a contract during the summer transfer window, but could potentially leave this month with the Clarets joining West Ham United and West Bromwich Albion in the push for his signature.

- Calciomercato is reporting that AC Milan are currently working on a new contract for defender Davide Calabria. His current deal is set to run all the way through until summer 2022, but as a result of his performances so far this season, Milan are eager to add at least one or two more years to his stay at the San Siro.