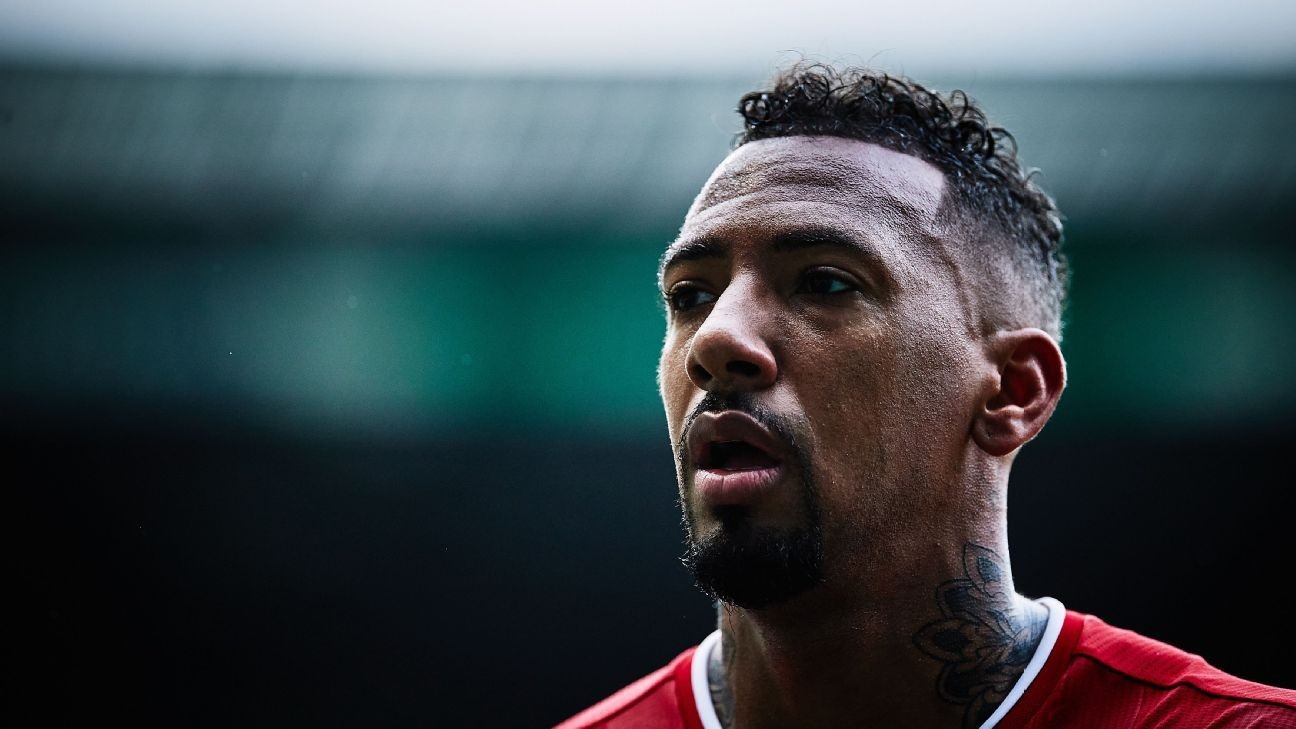 The January transfer window may seem like a distant memory, but that doesn't mean the rumour mill has shut down! Speculation over summer moves is heating up, so check out the latest gossip below, and see all official deals here.

Tottenham Hotspur are looking to beat London rivals Arsenal and Chelsea to the signing of Jerome Boateng, according to Sky Germany.

After Bayern Munich revealed that they wouldn't be renewing the 32-year-old's contract at the end of the campaign, the centre-back has been linked with a host of Europe's top clubs.

Could Jerome Boateng join Tottenham once his Bayern Munich career comes to a close this summer? Photo by Joosep Martinson/Bundesliga/Bundesliga Collection via Getty Images

It's easy to see why. Boateng has won every trophy at his disposal while at Bayern, and after having spent a season in the Premier League with Manchester City in 2010-11, he is said to be keen on having another go at England's top flight. His experience in the Premier League is certainly a bonus for would-be suitors.

Spurs are looking to bolster their defence, having conceded 35 goals in 31 Premier League games this season, and Boateng's winning attitude would be perfect for Jose Mourinho's revamped plans for the north London club.

Although Spurs reportedly are frontrunners, Mourinho faces pressure from clubs around Europe. Borussia Dortmund and Barcelona are also said to be interested in the player available on a free transfer.

- Paris Saint-Germain could make a move for Jadon Sancho if Kylian Mbappe declines to extend his contract, according to the Athletic. Mbappe's deal is set to expire next summer, which makes him a prime target to leave the club at the end of this season if PSG are to avoid losing him for nothing. And if he does opt to leave the French capital, 21-year-old winger Sancho has been identified as the perfect replacement.

- Manchester United's league position could see them make an audacious bid for 36-year-old Cristiano Ronaldo, writes Calciomercato. They report that United's impending top-four finish could mean they're given a great cash injection to sign new players, which could see them try to bring Ronaldo back to Old Trafford. The report suggests United might even attempt to use Paul Pogba in a swap deal, with the French World Cup winner seemingly unhappy in Manchester, and Juventus keen to re-sign the central midfielder.

- Chelsea's hopes of signing Gianluigi Donnarumma have been boosted with the news that talks between the Italian goalkeeper and AC Milan continue to stall, according to Gazzetta dello Sport. The 22-year-old has racked up more than 200 appearances for the Rossoneri but he has been unable to agree personal terms beyond the end of the season. Chelsea boss Thomas Tuchel is keen to bring Donnarumma to London on a free transfer.

- Transfer guru Fabrizio Romano reports that Neymar is close to signing an extension with Paris Saint-Germain that would see him stay at the club until 2026. The 29-year-old forward has been linked with a spectacular return to Barcelona, but his new contract reportedly will include a huge Champions League bonus. His entourage is said to have announced that Neymar "wants to stay" and that he "likes the project."

- Another from Fabrizio Romano, who suggests that Manchester City are close to landing 17-year-old Fluminense forward Kayky. The contract is reported to be for five years, and that the deal will be worth €10 million plus add-ons. Now, only the last few details and a work permit stand in the way of the Brazilian forward moving to the Etihad Stadium.