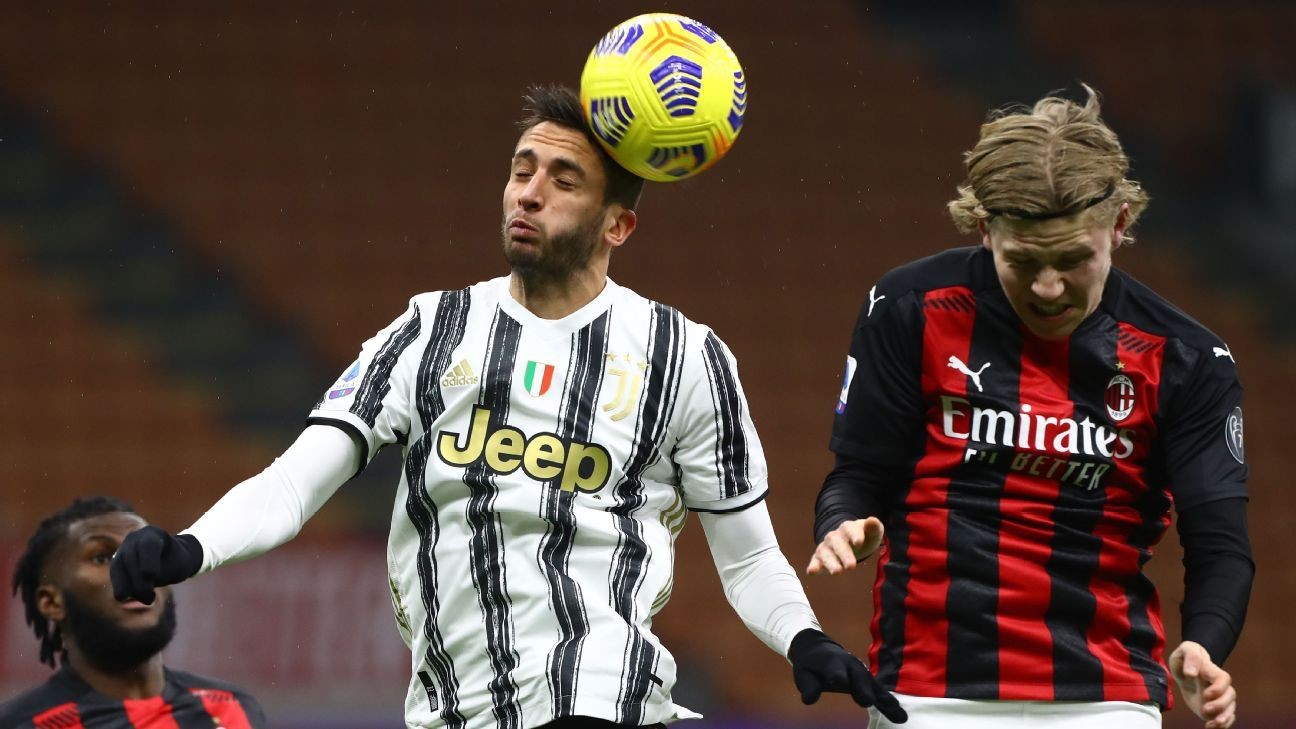 Tottenham Hotspur and Aston Villa are battling out for Juventus defensive midfielder Rodrigo Bentancur, according to Sky Sports.

Villa boss Steven Gerrard is keen to add Bentancur to his squad to offer competition for Douglas Luiz, with the club reportedly offering £16.5 million plus £4m in bonuses for the Uruguayan. Juve rejected the Villans' bid as they are looking for a fee of around £21m up front.

Sky believe that both sides aren't far away in their estimation, though Tottenham would prefer a loan deal until the end of the season. Juve would prefer a permanent move and are holding out for their preferred figure because any move for Bentancur would see 30% of the fee go to former club Boca Juniors.

Bentancur joined Juve from the Argentinian side for a fee of £8m in 2017 and his current contract is set to run out in the summer of 2024.

- West Ham United are one of several clubs eyeing up a move for Leeds United winger Raphinha, according to Sky Sports. However, Leeds are in talks to try and extend the Brazilian's contract beyond 2024, which is when his current deal is set to run out. Raphinha has scored eight goals and added two assists this season and has lit up the Premier League since his move from Rennes in 2020. The Hammers are also interested in signing Reims striker Hugo Ekitike, who has scored eight goals in ten league games this season. The French club are expecting to recoup £25m for the 19-year-old, who was also targeted by Newcastle earlier in the window.

- Leeds could be in for a busy couple of days if Fabrizio Romano is to be believed, with winger Crysencio Summerville to be replaced by Takumi Minamino. Hamburg are among the clubs looking to sign Leeds 20-year-old winger Summerville, and negotiations are said to have started between the two clubs. If that's the case, then expect Leeds to target Minamino if -- and when -- Luis Diaz joins Liverpool. The twenty-seven-year-old Japanese winger is on the periphery under Jurgen Klopp and with Diaz incoming, his chances of getting first-team football are likely to diminish further.

- Internazionale are busy refreshing their squad and next on their list is Brazilian centre-back Bremer, according to Calciomercato. After adding Robin Gosens and potentially Felipe Caicedo on loan, I Nerrazzurri are looking to add Bremer's experience of playing in a back three to their defensive options next season. With Stefan de Vrij expected to depart at the end of the campaign, Bremer, whose contract runs out in 2023, is Inter's first port of call.

- An update on the news that Tottenham have swiftly switched their attentions to Juventus' Dejan Kulusevski after the missing out on Wolverhampton Wanderers' Adama Traore, as reported by ESPN on Thursday. Fabrizio Romano reports that Spurs have offered a loan deal with a buy option clause for Kulusevski. Tottenham had initially targeted a six-month loan deal, while Juventus would rather have the safety net of the clause inserted into any move. The Italians are hoping Tottenham will cover all of the Swede's wages, and then a €40m fee at the end of the season. Talks are ongoing.

- Liverpool target Carvalho isn't leaving Fulham in January, according to Cottagers' manager Marco Silva, reports the Mirror. The 19-year-old has been in stunning form this season with seven goals in 16 appearances, and such consistency has alerted Liverpool boss Jurgen Klopp. The young winger's current deal runs out in June, though Fulham would be due a fee for having trained the youngster. However, Silva is determined to be the manager that offers Carvalho first-team football in the top flight.