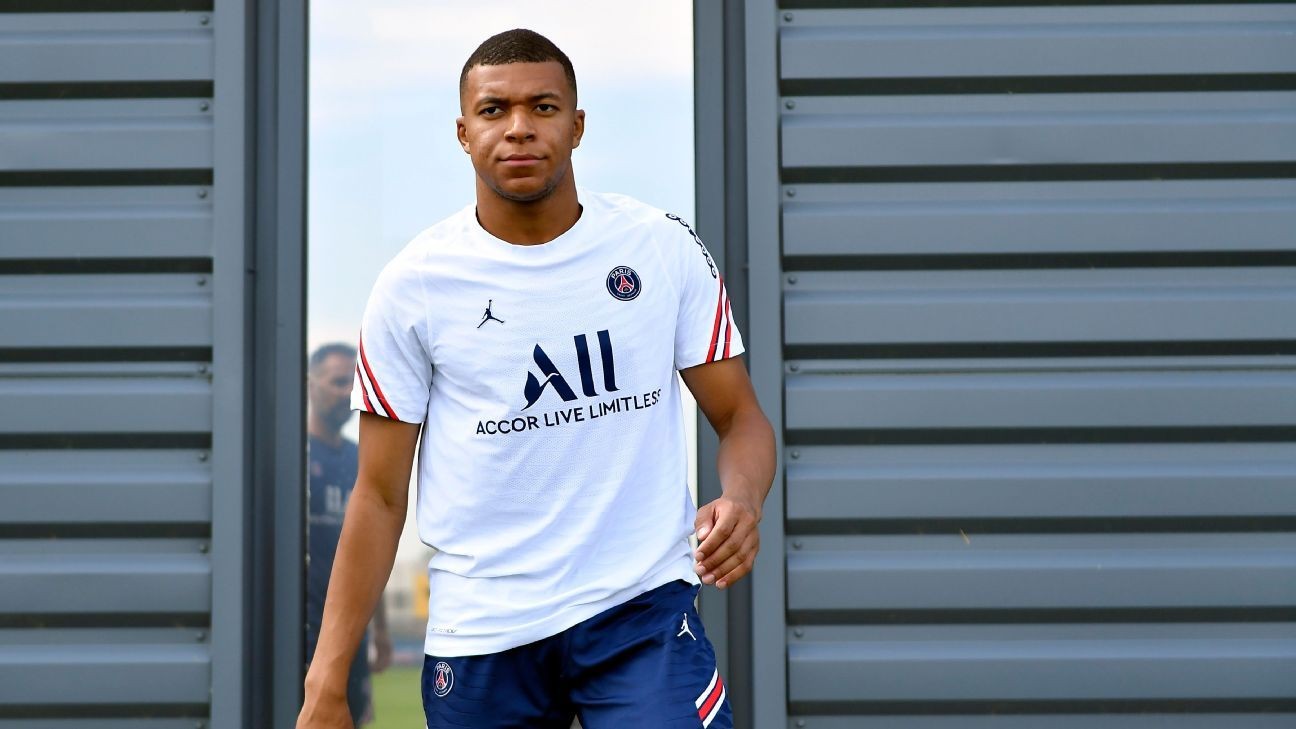 Raphael Varane's imminent deparature from Real Madrid to Manchester United could be part of a larger plan to bring Paris Saint-Germain's Kylian Mbappe to the Bernabeu.

Sources have told ESPN's Rob Dawson that Madrid and United have agreed to deal for Varane's services with a transfer fee of approximately €41 million, plus add-ons totaling €8.2m.

Marca has now stated that Los Blancos are letting the Varane depart in order to get their finances in a state where they are able to make a move for fellow France star Mbappe.

PSG will reportedly demand at least €180m if they listen to offers at all, despite the Mbappe's contract expiring in 2022, who is also expecting €20m-per-year in wages.

Varane's move to Old Trafford can help to ensure they are able to meet those figures. Madrid also shed €15m in salary after letting Sergio Ramos leave on a free transfer to PSG.

Despite the departures of Varane and Ramos, Madrid are also not expected to sign new centre-backs. This means that Victor Chust, Mario Gila and Jesus Vallejo will be fighting for the spot behind newly arrived David Alaba, Nacho and Eder Militao in the pecking order.

It is also suggested that Lucas Vazquez was kept on because his low wages make him a cheaper option than signing a new player, with Madrid not expected to make any other big signings this offseason.

- According to Fabrizio Romano, Tottenham Hotspur are working on a deal to sign Cristian Romero, who spent last season on loan at Atalanta from Juventus. It is stated that the Argentine is their priority, with no deal yet being agreed on a €55m fee. Their back-up is to open talks around signing Bologna's Takehiro Tomiyasu, Fiorentina's Nikola Milenkovic and Chelsea's Kurt Zouma for a similar combined fee.

-- Benfica have been linked with Santos frontman Kaio Jorge, but Calciomercato reports that the Portuguese outfit are not alone, as Juventus and AC Milan are both showing interest in the 19-year-old, whose contract comes to an end in December of this year.

- AC Milan and Lazio are both looking to sign Borussia Dortmund midfielder Julian Brandt on loan with a right to make the deal permanent, as has been reported by Calciomercato. The San Siro side sees the German as a replacement for Hakan Calhanoglu, who is now at their rivals Internazionale.

- Inter Milan are looking at AS Monaco right-back Djibril Sidibe as an option to fill the void left by Achraf Hakimi's departure to PSG, according to Foot Mercato. It is suggested that the Ligue 1 outfit want €7m for him, while Inter are also looking at Manchester United's Diogo Dalot, Arsenal's Hector Bellerin and AS Roma's Alessandro Florenzi.

- 16-year-old striker Iker Bravo has decided to leave Barcelona, as has been reported by Diario Sport. There are a whole host of clubs across Europe who are interested in the youngster, with Juventus, Roma, Bayer Leverkusen and Eintracht Frankfurt all named.