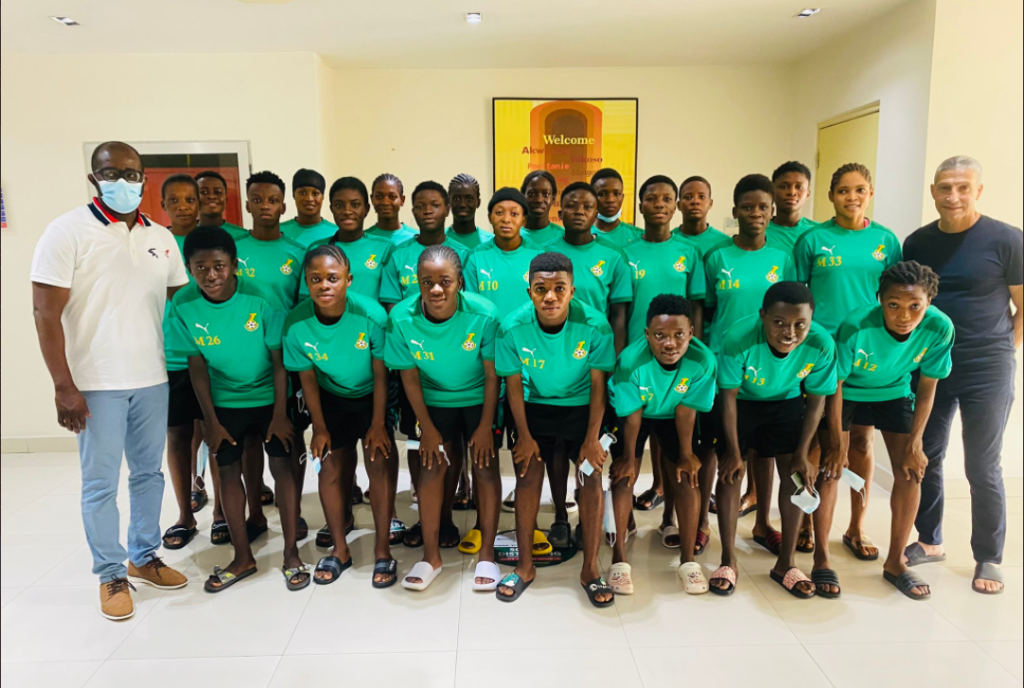 Former Brighton boss Chris Hughton is getting himself acquainted with Ghana Football as he paid a visit to the Black Maidens team ahead of their U-17 World Cup qualifier against Senegal.

Hughton begins his role as technical advisor to the Black Stars technical team for the World Cup playoff against Nigeria after arriving in Ghana on Saturday night.

The 63-year-old was spotted with the Ghana FA president Kurt Okraku when he visited Ghana’s U-17 Women’s team the Black Maidens ahead of their World Cup qualifier against Senegal on Sunday. 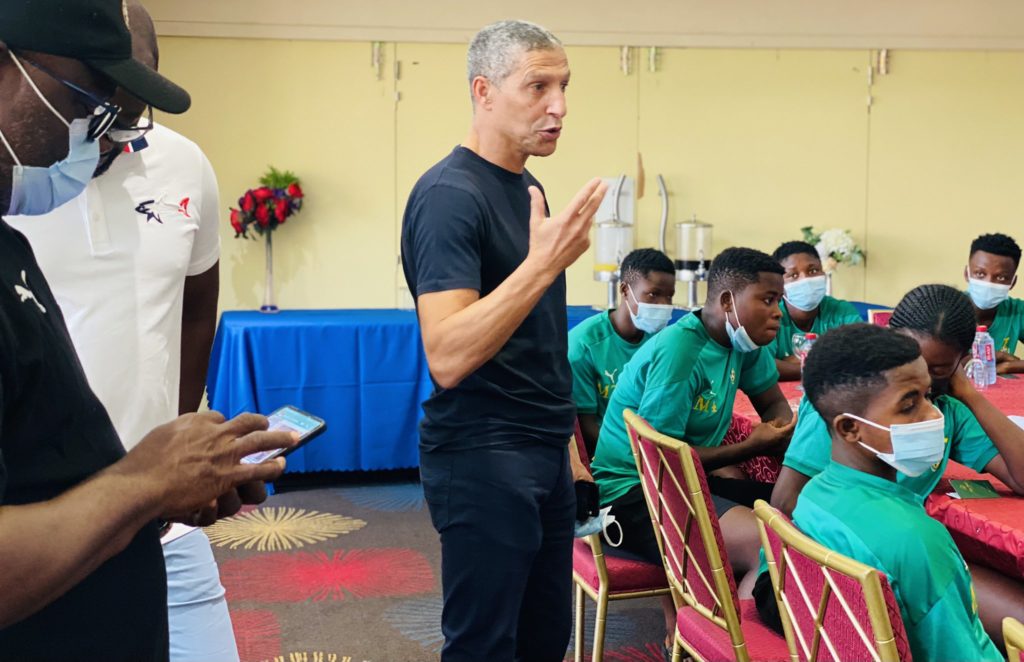 Kurt Okraku was at the team’s hotel to motivate the players. Chris Hughton also shared some words and urged the team to beat their Senegalese counterparts.

The Black Maidens go into the reverse fixture with a 1-0 win.

Our President @kurtokraku came to wish us well ahead of the game and was accompanied by @GhanaBlackstars Technical advisor Chris Hughton.

Chris Hughton has been tipped to takeover as  Black Stars coach irrespective of the result against Nigeria in the World Cup playoff.

He is the first Ghanaian-foreign based coach among the technical team to arrive in the West African country for the game.

Black Stars team will depart to Kumasi on Tuesday after holding their first training session on Monday in Accra.

Coach Otto Addo is expecting a full house on Monday night before the team leaves for Kumasi.

Ghana and Nigeria will be battling it out for one of the five tickets to represent Africa at the World Cup to be staged in Qatar.