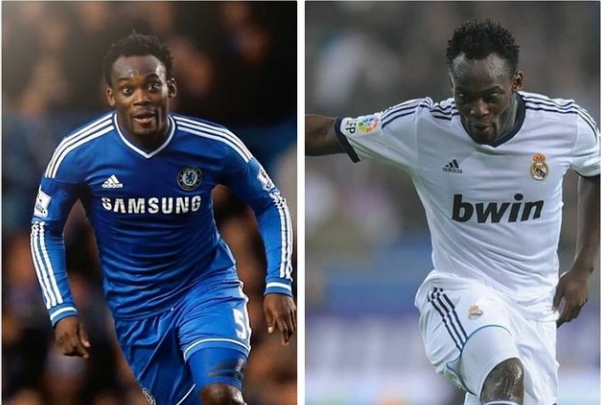 Ghana Football legend Michael Essien has sent well wishes to his former clubs Chelsea and Real Madrid as the two European giants clash in the semifinals of the UEFA Champions League on Tuesday night.

He was part also part of the history-making Chelsea squad that won the UEFA Champions League title in 2012 against Bayern Munich in the final.

The Ghana International left Chelsea in the summer of 2012 to join Real Madrid on a season long-loan where he reunited with former boss Jose Mourinho.

Essien made 35 appearances for the Los Blancos and scored two goals in that loan spell.

With the two teams coming up against each other in the semifinal game, the former Olympic Lyon star is struggling to choose a side and has wished the two teams well ahead of the big game.

In a post on his page, it read  "Wishing both teams the best of luck in tonight's game"

Real Madrid host Chelsea at the Alfredo di Stefano Stadium in the first leg of the semifinal of the UEFA Champions League.