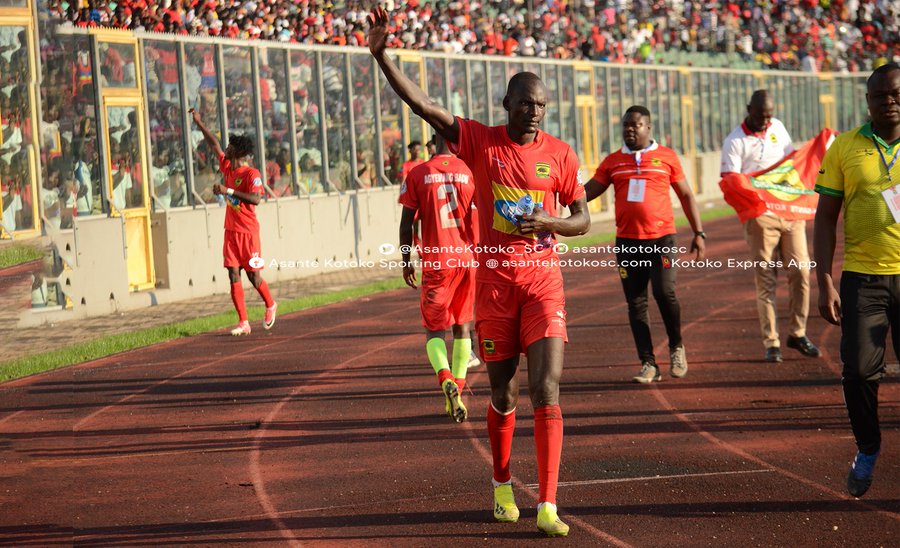 Former Asante Kotoko striker George Abege has lambasted the club over their poor structure, describing them as a sleeping giant with many loopholes.

He however failed to live up to the billing which prompted the Porcupine Warriors to release him after just one season.

According to the Ugandan international, Asante Kotoko looks big and admirable from a distance but there are lots of loopholes proving inimical to the progress of the club.

“Not really Kotoko is a big club, there’s some loopholes in Kotoko but from outside if you look at it you can admire a lot but once you go deep inside the club, you will find out that there’s a lot of loopholes,” Abege told Wontumi Radio.

The 27-year-old indicated that Kotoko should invest in youth football and give time to players that graduate from the youth side to excel.

“Why am I saying this, because they need to invest a lot in youth football right now, if you look at their U20, they’re only few people, U17 never existed when I was there and they don’t give enough time to for those youth to have the courage to carry on and believe that after one, two, three seasons I will be able to deliver in Kotoko.”

“Football is not spoken, football is played on the pitch and not at the office nor the road side so whatever you do on the pitch will determine whether what you’re doing was right from outside or not because what they display on the pitch shows that Kotoko is not big enough," he concluded.