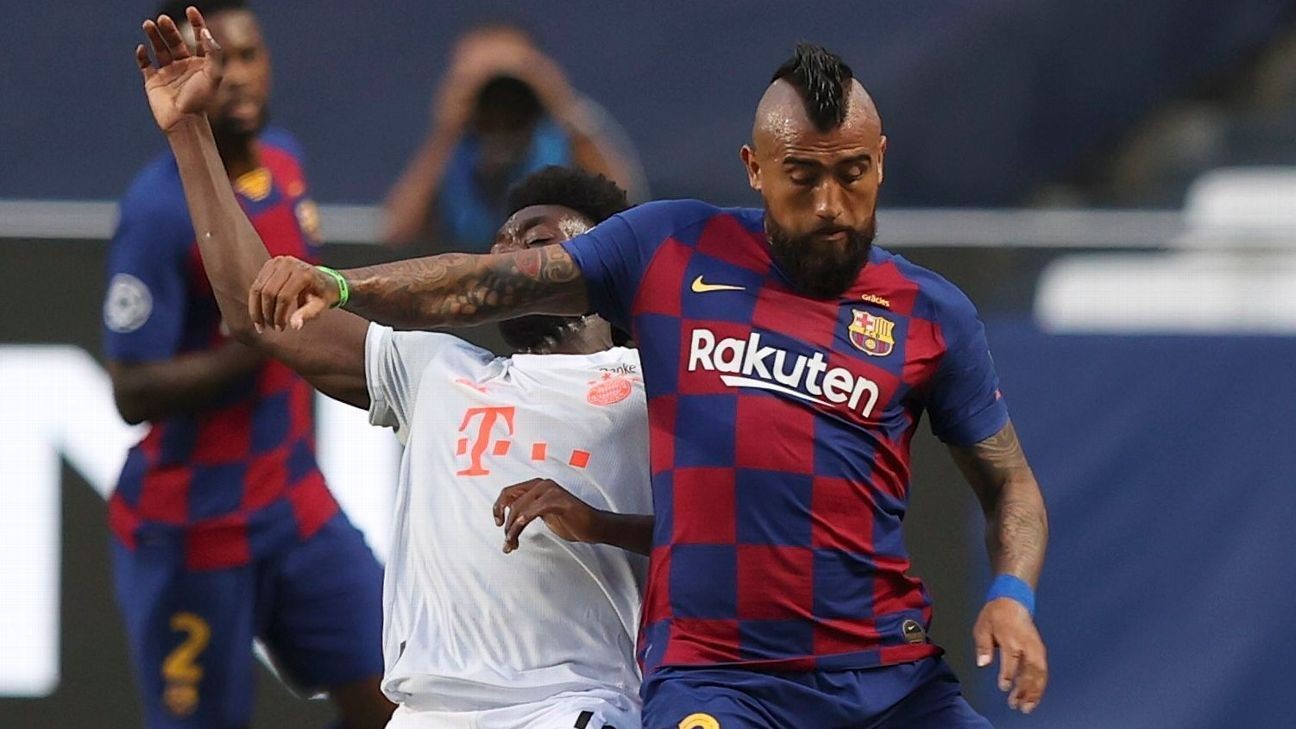 Having announced himself in the Bundelisga this season, Davies reached the next level on Friday when he set up Kimmich for a 5-2 lead mid-way through the second half.

After being responsible for Barcelona's goal to make the score 4-2 minutes earlier, Davies' incredible solo run and layoff ended all Barcelona hopes of turning the match around. Picking up the ball close to the half-way line, he stormed down the left wing, first beating Lionel Messi and Arturo Vidal and then he finally took on Nelson Semedo -- who had a shocking night -- at the sideline.

Barca littered with 3/10, 4/10 performances in embarrassing loss to Bayern

The Barcelona full-back was left to watch as the former Vancouver Whitecaps man danced and then blew past him to the touchline before crossed for Kimmich to easily slot home from close range.

"That was unbelievable. I even was a bit ashamed when I celebrated," Kimmich said. "He gets 99 percent credit for this goal. I only had to get the ball over the line.

"When we scored the fifth goal, it was over. Barcelona no longer believed. And we just played for the next goal."

"It's just nice to see it. He has the quality and if he can now do it more often, that's even nicer. He has the confidence, now also against Barcelona," Flick said.

At times, the match resembled Germany's 7-1 semifinal defeat of Brazil in the 2014 World Cup. But Thomas Muller insisted that the Barcelona match was different.

"Against Brazil, we did not have that control. It just happened," Muller said. "Today, we dominated the opponent. It was down to us much more than against Brazil. We were brutally dominant in midfield. But let's not talk about Brazil."

With the game entering the final 10 minutes, Barcelona outcast Philippe Coutinho was brought on by Flick. The Brazil international has spent the past 12 months on loan at Bayern from the Camp Nou club, but never settled in Germany. However, on Friday he scored a late brace against his parent team.

"It was just a special evening. The best thing about it is to see that the players who are brought on have the same impact," Muller, who scored an early brace, said.

"In the end, the goals fell in a frenzy and Barcelona just gave up," midfielder Leon Goretzka said, adding with a smile that "it was a bit of fun" seeing Messi suffer.