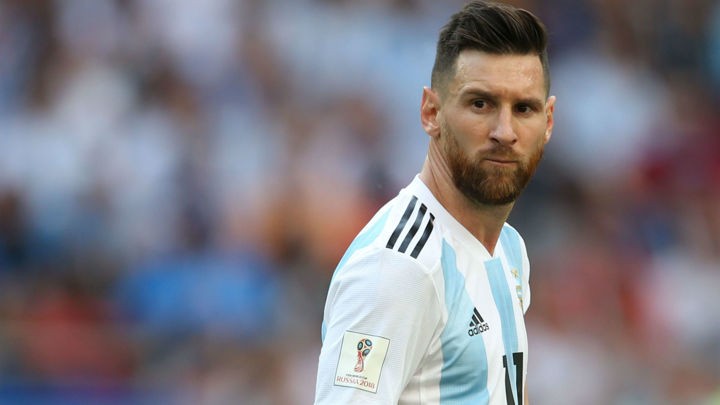 Argentina goalkeeper Oscar Ustari has declared it would be unfair if Lionel Messi was unable to enjoy World Cup success before his career was over.

The Barcelona star has struggled to replicate the same level of success he's enjoyed at club level with his nation, with La Albiceleste often falling just short of silverware.

Messi saw Argentina finish runners-up at the 2014 World Cup and consecutive Copa Americas in 2015 and 2016, leading to him temporarily retiring from international duties.

Swiftly convinced to return, Messi then saw Argentina knocked out at the round of 16 stage at the 2018 World Cup before they had to settle for third place at the 2019 Copa America.

Ustari, who played alongside Messi at the 2008 Olympics when Argentina tasted rare success with a gold medal, believes the 32-year-old deserves to lift the World Cup having often been left devastated when his nation has fallen short in competitions.

"I have no doubt that if Messi isn't world champion, football will be unfair," Ustari told Radio Mitre.

"Doubting Messi is nonsense. Things can go well or not, but I can tell you that I have seen him crying like a child because of what was happening in the national team. It's very difficult to be in his shoes.

"I remember that in the 2011 Copa America I was recovering from my knee and, when they lost, I went to see Messi at the Ezeiza venue and I saw him like I had never seen him before, devastated."

“[The World Cup is] a huge goal for Messi and for the Argentine team. I hope he arrives at a great moment," Pochettino told Radio del Plata.

“His presence will be a recognition of the generation that deserved something more. Argentina is going to arrive well to fight for the World Cup."

While Messi has long dreamed of lifting the World Cup, he stressed last year that he wouldn't contemplate swapping his club success for international glory.

"I would've loved to be a world champion," Messi told TyC Sports. "But I don't think I would change anything else in my career to be one.

"This is what I was given, what God gave me. It is what it is. I couldn't dream of everything that I experienced after. It was far bigger than anything I could've imagined."