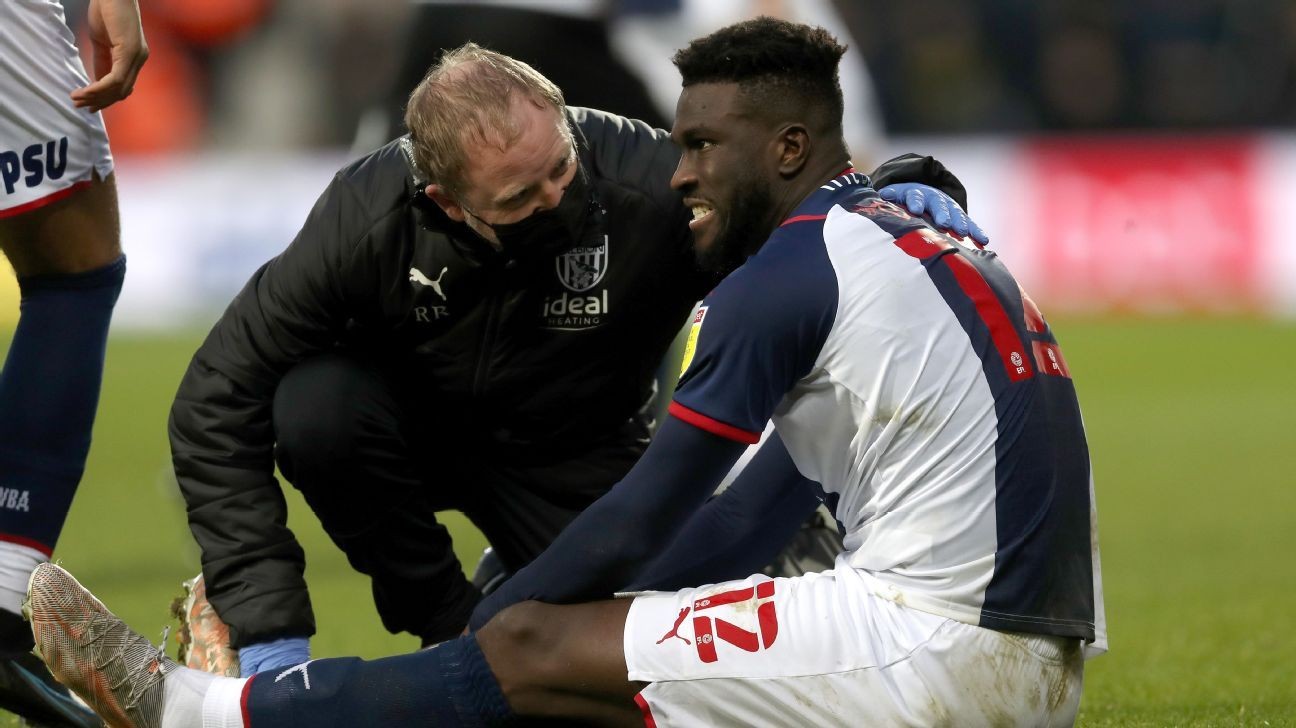 U.S. forward Daryl Dike is set to be out for eight weeks because of a hamstring injury sustained on his full debut for West Bromwich Albion in English soccer's second division.

Dike made his USMNT debut last year but was not selected for any World Cup qualifiers.

Meanwhile, USMNT goalkeeper Zack Steffen did not travel to Ohio because of a recurrence of back tightness, leaving Matt Turner as the likely starter in goal for the United States in its World Cup qualifier against El Salvador on Thursday night.

Steffen missed the Americans' opening qualifier at El Salvador on Sept. 2 because of back spasms, then tested positive for COVID-19 and also skipped the September matches against Canada and Honduras.

Turner started the first five qualifiers and Steffen the past three. The U.S. Soccer Federation said Steffen is day to day.

The 26-year-old Steffen is the backup to Ederson at Manchester City and has appeared in only one Premier League match this season. He did not dress for Saturday's 1-1 draw at Southampton.

The 21-year-old Dike came off with the injury early in the second half of West Brom's 3-0 win over Peterborough on Saturday.

"It's a bad hit for us because he was our transfer target No. 1 and we saw in short spells how good it is to have him,'' West Brom manager Valerien Ismael said Tuesday. "It's painful for me, for us, for the players, for the club and for the fans.''

Dike joined West Brom on Jan. 1, having been on loan to second-tier Barnsley during the second half of the 2020-21 season. He then returned to Orlando City SC of Major League Soccer.

Dike made his debut for the U.S. national team last year. He was in the squad for last summer's CONCACAF Gold Cup but has not been selected for any World Cup qualifiers. He has three goals in eight international appearances.