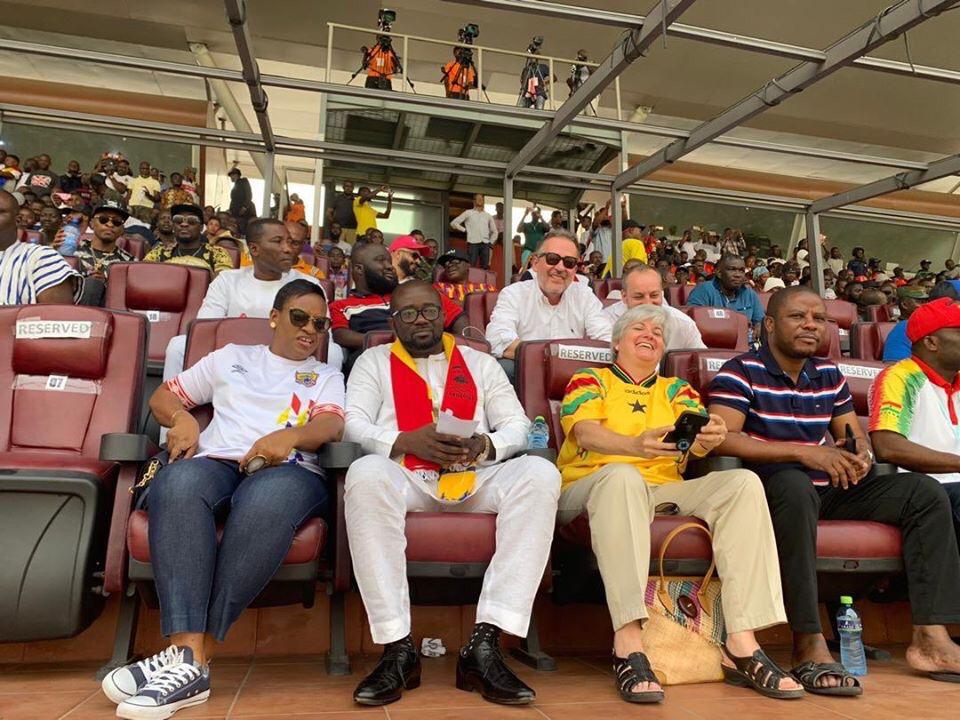 The biggest game on the domestic scene between Ghanaian giants Hearts of Oak and Asante Kotoko saw the USA Ambassador to Ghana Stephanie Sullivan, Germany Ambassador Christoph Retzlaff Italian ambassador Giovanni Favilli and a host of others were some top personalities to grace the game at the Accra Sports Stadium on Sunday.

The build up to the game was intense which attracted a lot of fans and personalities to the stadium to watch what will be the outcome from the two sworn rivals.

The attendance on the day at the stadium was massive and reports say  there were more fans behind the gates hoping to enter even after the close of the first half.

The campaign initiated by the Ghana Football Association on #BringBackTheLove is yielding results as the stadium was filled to capacity.

GHANAsoccernet.com understands that about 37,000 tickets were printed on the day and Hearts of Oak grossed GHc 726,380 after the game.

Last Sunday’s game between the two sides was one of the best attended games in the Ghana Premier League after the Anas expose in 2018.

Asante Kotoko defeated their arch-rivals Hearts of Oak 2-1 to win the match day six of the 2019/20 Ghana Premier League.

Goals by Justice Blay and Naby Keita ensured Asante Kotoko continued their dominance in Accra over their arch-rivals.