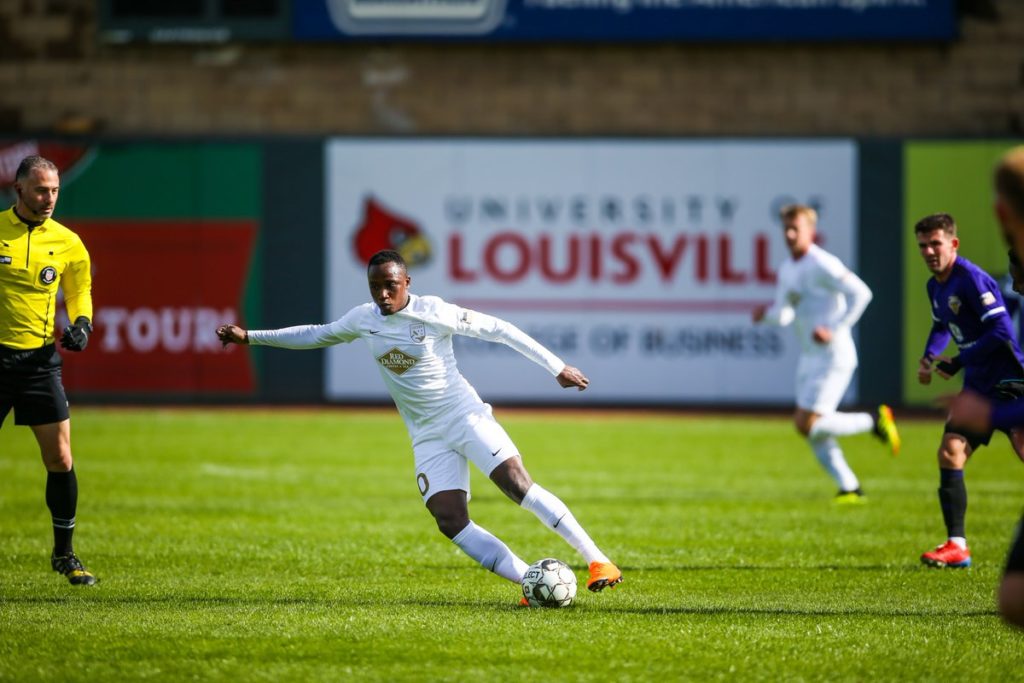 On-loan Prosper Kasim scored his first goal for Birmingham Legion in the 3-2 win over Louisville on Sunday in the USL Championship.

Rightback Eric Avila released the winger into the box on the right, and No.10 made no mistake, roofing the ball into the top of the net for the equalizer one minute after conceding.

Louisville had opened the scoring in the 30th minute from the foot of Magnus Rasmussen, assisted by Sean Totsch.

Legion FC took the lead in the 36th minute when Chandler Hoffman volleyed into the side netting.

Louisville City levelled on 81 minutes after a cross from the left skipped up off the turf, off of Laurent, and in for an own goal.

Brian Wright headed home the match winner to give Legion FC their first three points in the USL Championship.