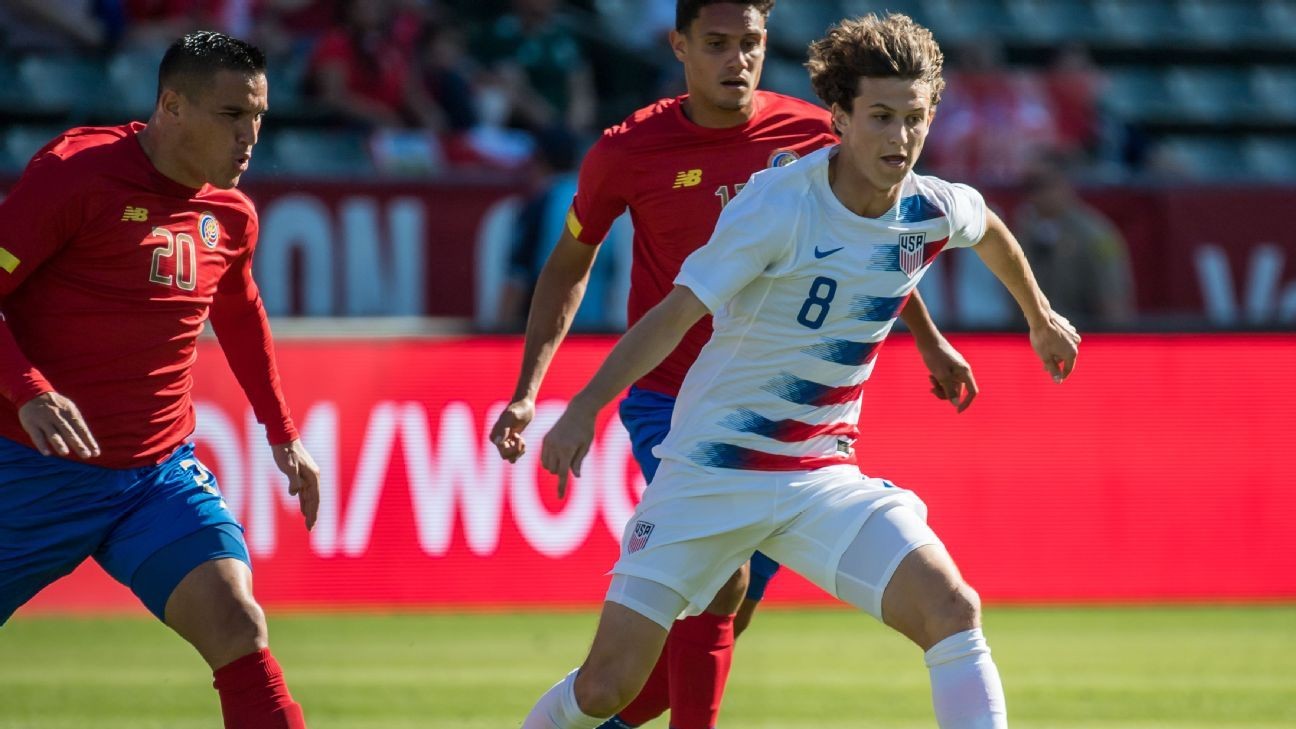 The former Philadelphia Union star struck in the 52nd minute of a 6-0 friendly win over second-division side Vorwaerts Steyr, firing home from the middle of the box after collecting a pass on the left.

Aaronson, 20, left the Union in October for the highest fee for a U.S.-based homegrown player in MLS history, with Salzburg paying an initial installment of $6 million with an additional $3m paid to the Union if certain incentives are met.

He has been capped twice by the U.S. since making his debut on Feb. 1, 2020 against Costa Rica. He scored a goal and provided an assist in a 6-0 friendly win over El Salvador in December.

Aaronson made his professional debut against Atlanta United in March of 2019, scoring a goal in a 1-1 draw.