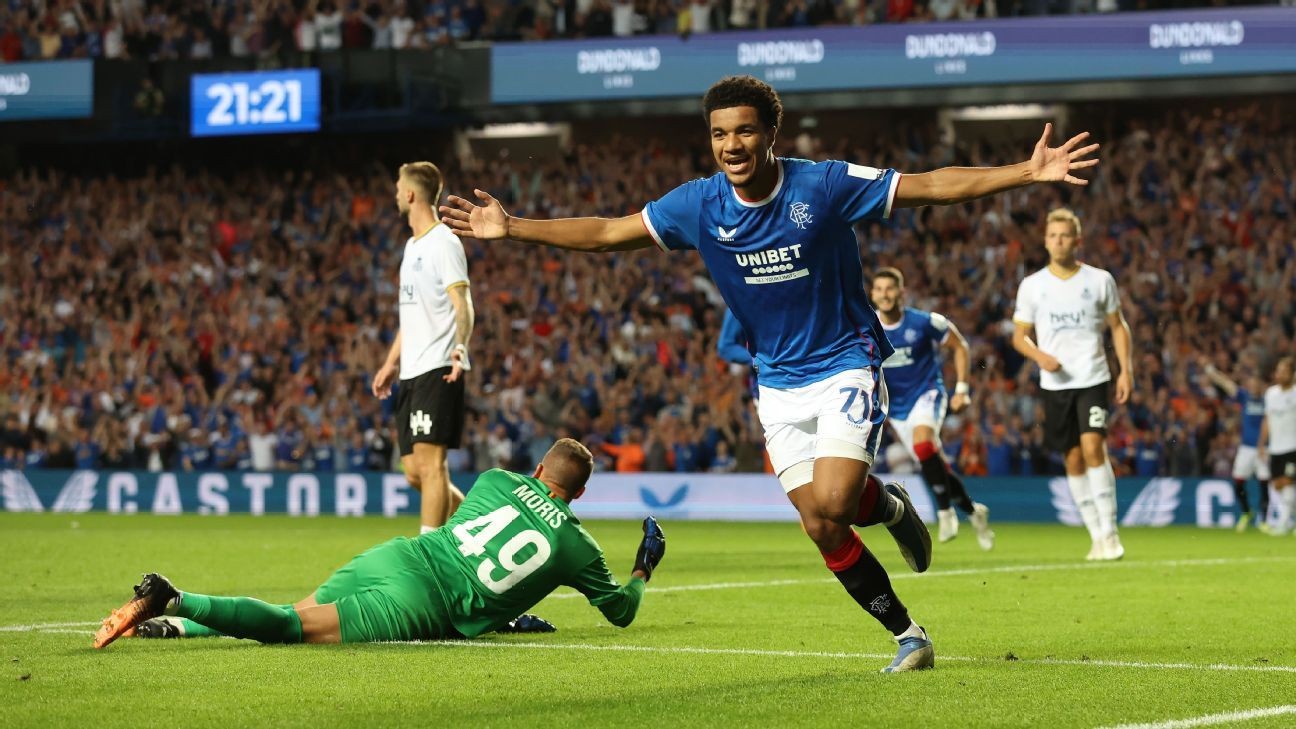 Malik Tillman celebrates after scoring the goal that sends Rangers to the Champions League playoff round. Getty Images

Rangers overcame a 2-0 first-leg deficit to beat Belgian side Union Saint-Gilloise 3-2 on aggregate and progress to the Champions League playoff round after a 3-0 win at Ibrox on Tuesday.

After goals from James Tavernier and Antonio Colak pulled Rangers level on aggregate, United States international midfielder Malik Tillman rose highest at the back post to head into the net in the 79th minute and send the Glasgow giants to within one round of the lucrative Champions League group stage.

The goal was Tillman's first for Rangers since signing on loan from Bayern Munich last month.

The comeback was started when Tavernier converted from the penalty spot just before half-time following a foul by Siede van der Hayden. Colak then made the aggregate score 2-2 in the 58th minute before Tillman's late intervention following a deep cross from Borna Barisic.

Rangers will face PSV Eindhoven in the playoff round, following the Dutch side's win over Monaco, with the winners earning a place among Europe's elite. Rangers have not reached the Champions League group stage since 2010.