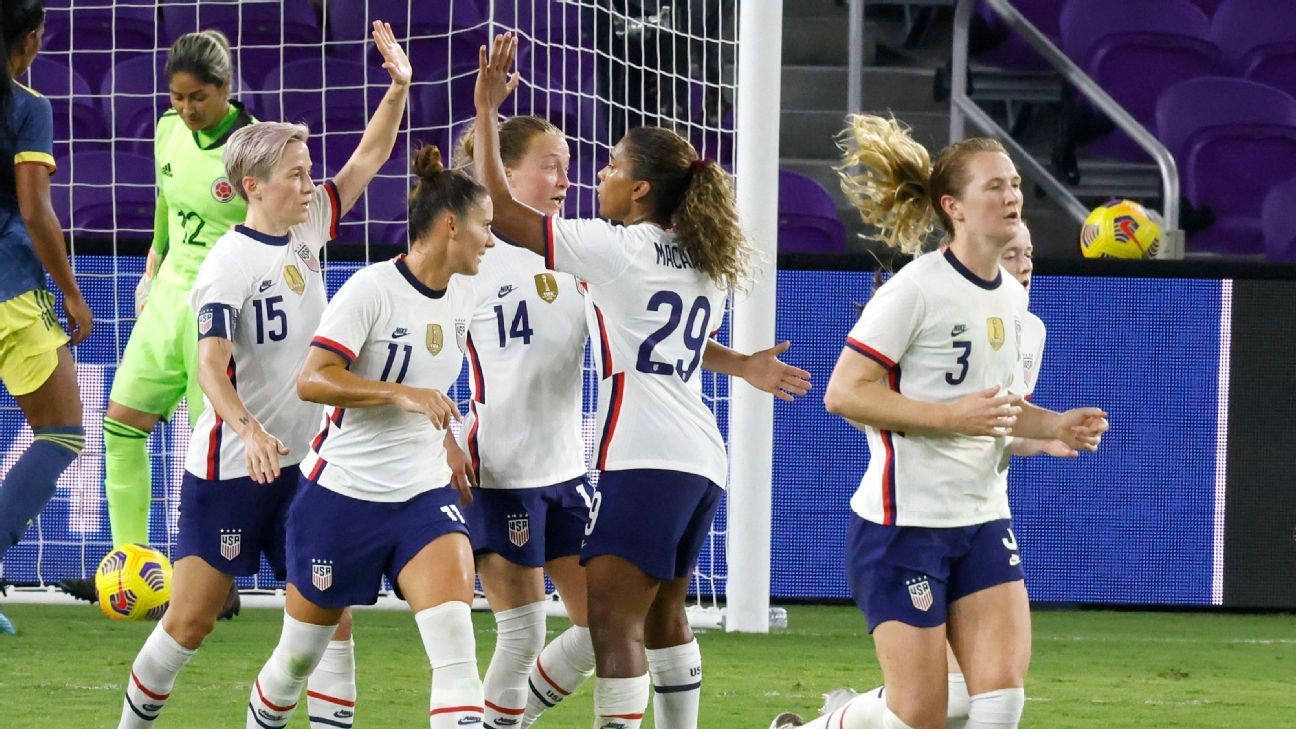 The victory came as expected for the two-time defending World Cup champions and top-ranked team in the world against the 26th-ranked Colombian side. The U.S. is 31-0-3 in its past 34 matches and has a 50-match home unbeaten streak (45-0-5).

For the Americans, it was a case of the strong getting stronger. The Brazilian-born but San Diego-raised Macario received FIFA approval on Jan. 13 -- three months after gaining citizenship -- to play for the U.S.

The former Stanford standout, after debuting in the 4-0 win against Colombia on Monday, scored three minutes into her second appearance and first start Friday.

Then it was the veteran Rapinoe, 35, who made it 3-0 at the half with a goal in the 35th minute and a penalty kick in the 44th, giving her 54 career international goals.

Also scoring for the U.S. were Lynn Williams with a header in the 60th minute, Lindsey Horan off a corner kick in the 73rd and Midge Purce (her first for the national team) in the 86th.

Goalie Jane Campbell did not need to make a save as the U.S. extended its streak of not allowing a shot on goal to 270 minutes.

The match was essentially over after Macario scored with a timed run through the middle of the box to put away a cross from the right flank by Ali Krieger.

Rapinoe made it 2-0 by maneuvering in tight space to rip a shot from the upper left corner of the box.

She added to the lead thanks to a penalty drawn by Sam Mewis. Rapinoe went to the lower right corner for the goal from the spot.

The next action for the Americans is the first-group stage match of the SheBelieves Cup vs. Canada on Feb. 18 in Orlando.