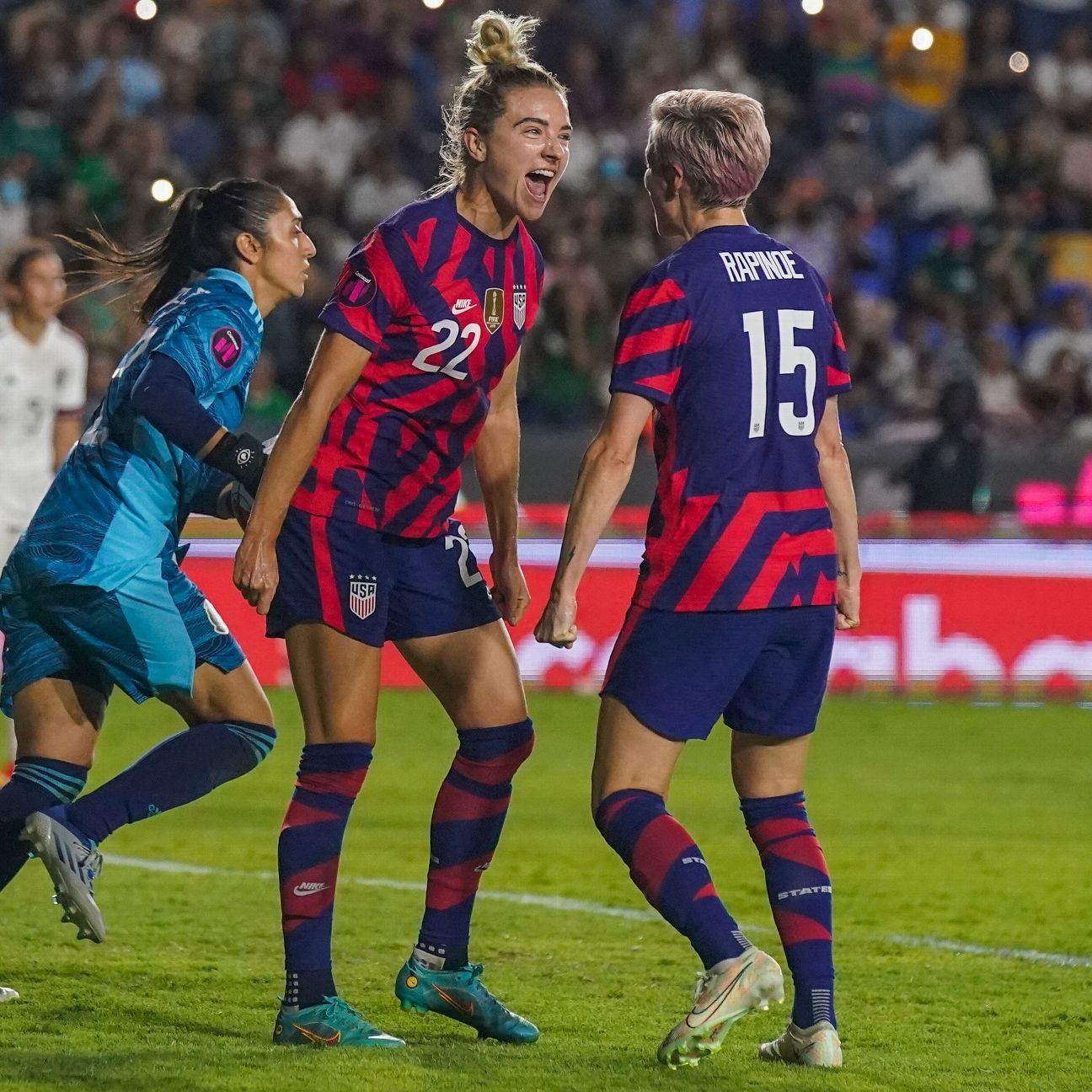 Kristie Mewis scored in the 89th minute against 10-player Mexico for a 1-0 victory in the final Group A match of the CONCACAF W Championship in San Nicolas de los Garza, Mexico, on Monday.

In the semifinals on Thursday, the U.S. will play Costa Rica while Jamaica will face Canada. The final is July 18. The four semifinalists are assured of berths in next year's World Cup in Australia and New Zealand, while the third-place group finishers, Haiti and Panama, are headed for FIFA interconfederation playoffs in search of World Cup bids.

Mewis was at the goal line to knock in with her knee a rebound of the shot by Emily Sonnett before goalkeeper Itzel Gonzalez could reach the ball.

Mexico went down a player in the 73rd minute when Lizbeth Ovalle was issued a red card after a video review for her challenge on Rose Lavelle. Ovalle got her studs into Lavelle's ankle.

The U.S. shortly after nearly took advantage when Alex Morgan made a near-post run on a corner kick by Megan Rapinoe, but her header sailed past the far post.

Mexico got its only shots on goal against Casey Murphy in the 87th minute by Jimena Lopez.

The U.S. had already accomplished the first of two goals for the tournament: By earning a top-two finish in Group A, they were assured of a spot in the next World Cup. The U.S. team is the two-time defending World Cup champion.

The other objective is winning the CONCACAF W Championship to receive the automatic berth in the 2024 Summer Olympics.

While the U.S. needed a win or draw to finish first in the group heading into the semifinals, the Mexicans were in desperation mode after losses to Jamaica (1-0) and Haiti (3-0). They needed a victory to possibly earn a berth in an interconfederation playoff.

Mexico played an inspired first half and got a little early luck when the United States' Margaret Purce sent a shot from the right side through the Mexican goal box and off the far post in the 15th minute.