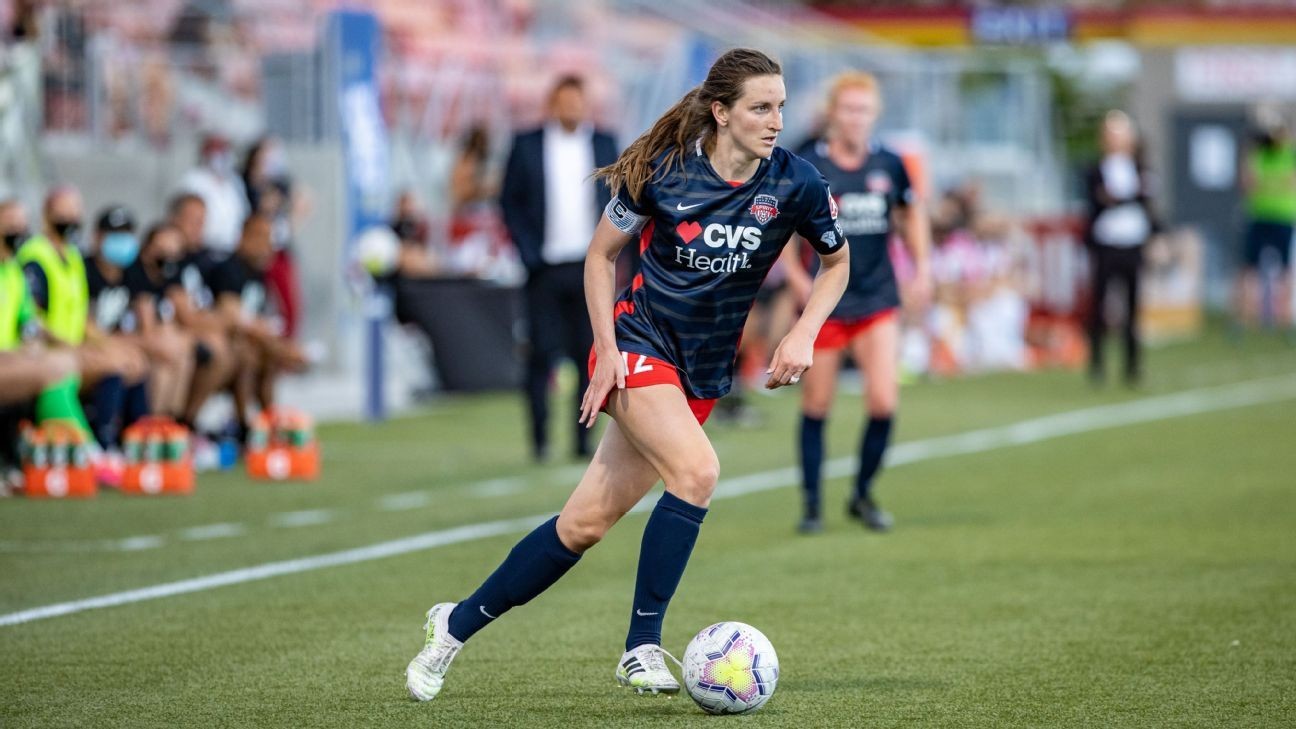 Washington Spirit captain Andi Sullivan will miss the remainder of the NWSL Challenge Cup after tearing the medial meniscus in her left knee, the team announced Monday.

Sullivan, 24, will leave the ongoing tournament in Utah and undergo surgery in Washington before beginning her rehabilitation in California. She will miss three to six months.

The midfielder suffered the injury in a game against Houston Dash on July 12. There was no contact on the play, in which Sullivan appeared to pull up in pain after running onto a loose ball and planting her left leg while making a pass with her right foot.

Per league protocol for the tournament, taking place in a self-contained environment, Sullivan was taken to a local hospital for an MRI.

"I'm obviously disappointed to not be out there playing," Sullivan said in a statement. "But I'm excited to watch the rest of the tournament and I'm hoping to see my team win it all in the end. I'm hopeful that I can continue to build off of the performances I had in the Challenge Cup after I complete rehab in a few months, and I'm confident that I will come back from this injury stronger."

Sullivan also tore the ACL in her left knee while competing collegiately at Stanford in 2016. She returned from that injury and won the Hermann Trophy as college soccer's best player in 2017. After she led Stanford to a national championship that season, Washington selected her with the No. 1 overall pick in the subsequent NWSL draft.

She started 45 of the team's 48 games in her first two professional seasons and earned the captaincy on one of the league's youngest teams, a role she also held for Stanford and the U.S. Under-20 national team.

Sullivan debuted for the U.S. national team in 2016 while still at Stanford. Widely viewed as one of the last cuts among those in contention for last year's World Cup roster under Jill Ellis, she appeared on new coach Vlatko Andonovski's rosters for both Olympic qualifying and the SheBelieves Cup earlier this year.

Washington completed play in the preliminary round of the Challenge Cup with seven points, which currently places them second in the standings. All eight teams participating in the event advance to the quarterfinals, which begin Friday.

"I'm coming to terms with losing such an influential player for the tournament, but my main thoughts are with Andi and her rehabilitation process," Washington coach Richie Burke said in a statement. "I'm super confident that she will return quickly from this injury as a better, stronger player. Her impact on this team during my time at the club has been immeasurable -- and I know she will be pinging me and our players to keep us all on our toes even as she recovers from surgery."