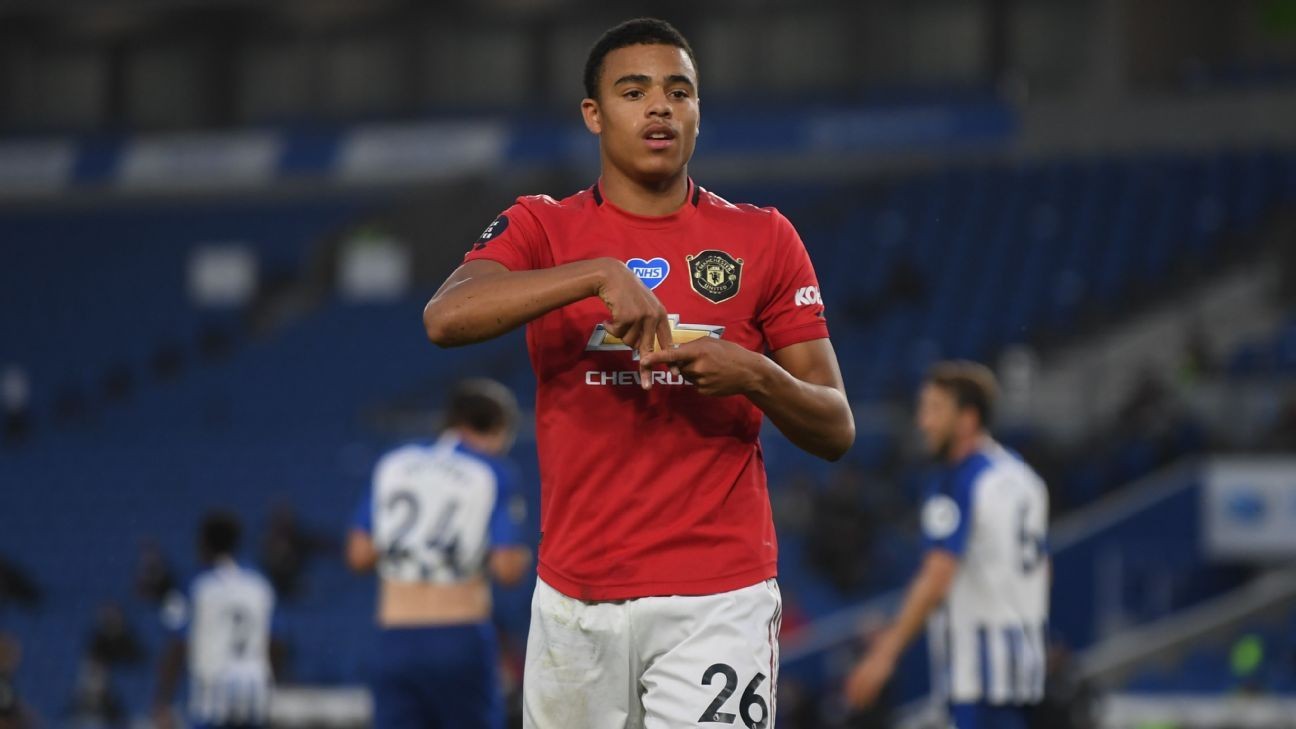 Manchester United starlet Mason Greenwood is ready for an England call-up, according to Ole Gunnar Solskjaer.

Greenwood has got 15 goals this season, including two in the 5-2 win over Bournemouth on Saturday, and Solskjaer believes the 18-year-old can make the step up to Gareth Southgate's squad.

"When you play for Man United, I think that's a test that's good enough and difficult enough," said Solskjaer. "If you can handle playing for Man United then you can handle playing for any team and Mason's got the qualities that not many others have. So he could play for England full team or Under-21s, I don't really mind. I know he's doing well for us and it's great to have him here."

Greenwood has used the break in the season to bulk up with extra gym sessions and the work has paid off with three goals in three starts since the resumption.

"Mason's a naturally good finisher, so he'll always score goals," said Solskjaer. "He's a humble boy, he wants to learn, he listens, he's worked hard, you can see his fitness is getting better and better.

"He's just a young boy who will fill out, he's exciting to work with and we'll keep on building him up in the gym and on the pitch."

Meanwhile, Solskjaer has moved to defend David de Gea after he was at fault for Bournemouth's first goal. The Spaniard was also criticised for his role in Tottenham's goal during the 1-1 draw Jose Mourinho's side but Solskjaer insists he does not have any concerns about his goalkeeper.

"That was a very good finish by the boy," said Solskjaer. "Of course we could have dealt with it earlier and better, but David's working hard and I've got no worries about him."