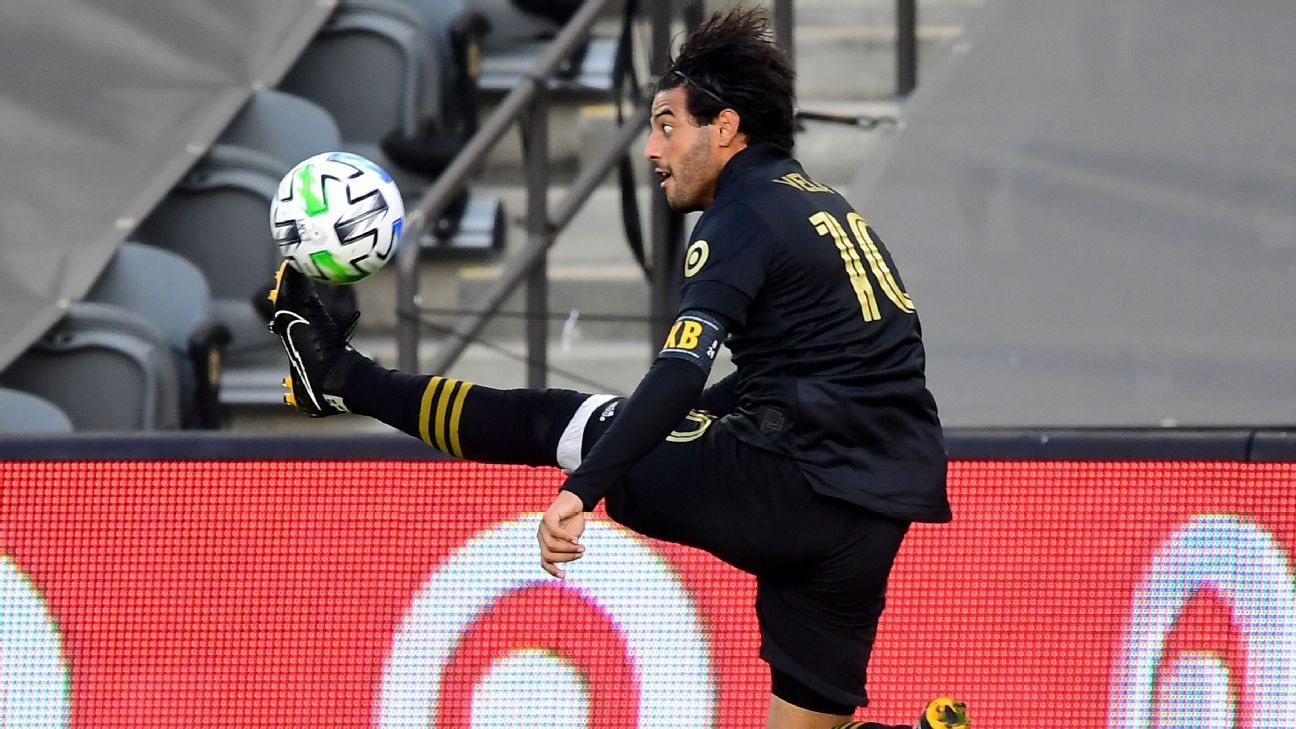 "Carlos is doing a little bit [in training], which is always important for all of us," Bradley said. "Carlos' situation will still be looked at, and we'll make a decision."

The matchup between the two Mexico internationals is eight years in the making and has the potential to finally come together Saturday night when one of the best rivalries in MLS takes place in Los Angeles.

- Bonagura: Vanney, 'Chicharito' have Galaxy back on track
- MLS on ESPN+: Stream LIVE games and replays (U.S. only)

Vela and Hernandez last squared off in 2013 during the UEFA Champions League season. Vela was with Spain's Real Sociedad that day, while Hernandez played for England's Manchester United.

Saturday's game will be much closer to home for both, and it will make the rivalry known as "El Trafico" another must-see affair.

Vela is trying to get back on the field after a right-quadriceps injury kept him out of the last two games for LAFC (1-0-2, 5 points), both 1-1 ties, at home against the Seattle Sounders and on the road last weekend against the Houston Dynamo.

Hernandez scored five combined goals over the Galaxy's first two games, both victories, but was held in check during Sunday's 3-0 defeat at Seattle. The Galaxy (2-1-0, 6 points) will have Sebastian Lletget for Saturday's game after the midfielder served a two-game suspension for using a homophobic slur.

"Of course we know LAFC is not the same team when a player like Carlos Vela is not on the pitch; we all know that," Hernandez said. "But we need to be respectful for the team and the players they have because they are a very good team."

The Galaxy leads the overall series 4-3-3, with both teams defeating each other twice last season.

The Galaxy won 4-3 in the first-ever meeting in 2018 when Zlatan Ibrahimovic made his MLS debut and scored two goals. LAFC won the only playoff matchup between the teams, 5-3 in 2019.