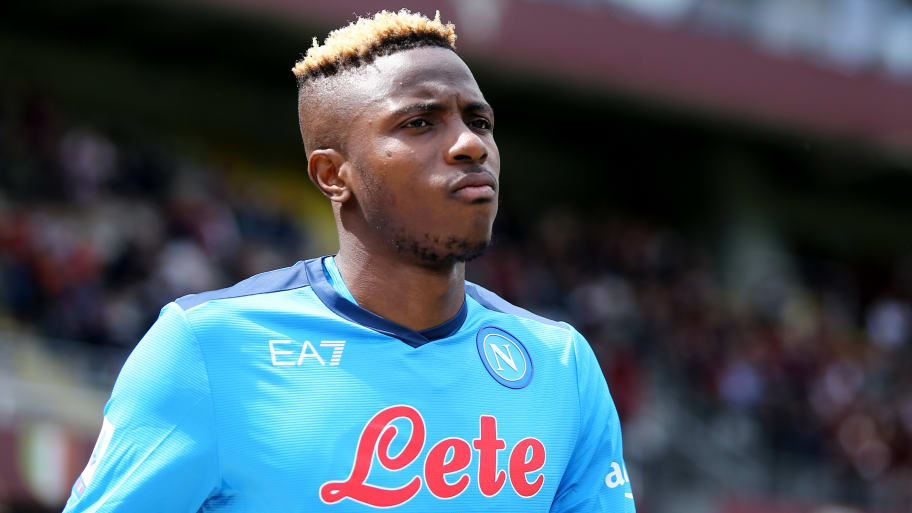 Napoli striker Victor Osimhen has voiced his desire to stay at the Stadio Diego Armando Maradona this summer, despite interest from Manchester United and Newcastle.

The 23-year-old has led his side to Champions League qualification this season, sitting atop the Serie A side's scoring charts with 13 goals from 25 games - form which has attracted plenty of interest from elsewhere.

Indeed, United and Newcastle have both been tipped to move for Osimhen this summer but the Nigeria international, who remains under contract until 2025, insists he is enjoying life in Naples and is already planning a push for the Serie A title next season.

"It is a great honour for me to have achieved this goal [qualifying for the Champions League] with my team-mates," Osimhen told Radio Kiss Kiss. "We are very happy to be able to measure ourselves in the biggest European club competition.

"We are more disappointed than [the fans] for not having [won the title]. We are, because we had the quality to win it. It was our dream to win it. Of course, our hope remains to win the title and for this, we will give everything next season to try again."

Osimhen then went on to voice his desire to continue playing alongside his team-mates, including 'mentor' Dries Mertens, before stressing that he hopes to keep developing under manager Luciano Spalletti.

"I have to thank Spalletti so much," he said. "He helped me a lot in my growth as a footballer from many points of view, and I have to thank him and his staff for helping me score all these goals. They helped me improve my movement.

"He always talks to me after training and trains me both with and without the ball. I know I'm dealing with a very high-level coach, really. It is a great honour and a real pleasure to be trained by him, and I hope to be able to work with him for many more years."

This article was originally published on 90min as Victor Osimhen hopeful of Napoli stay amid Man Utd & Newcastle interest.