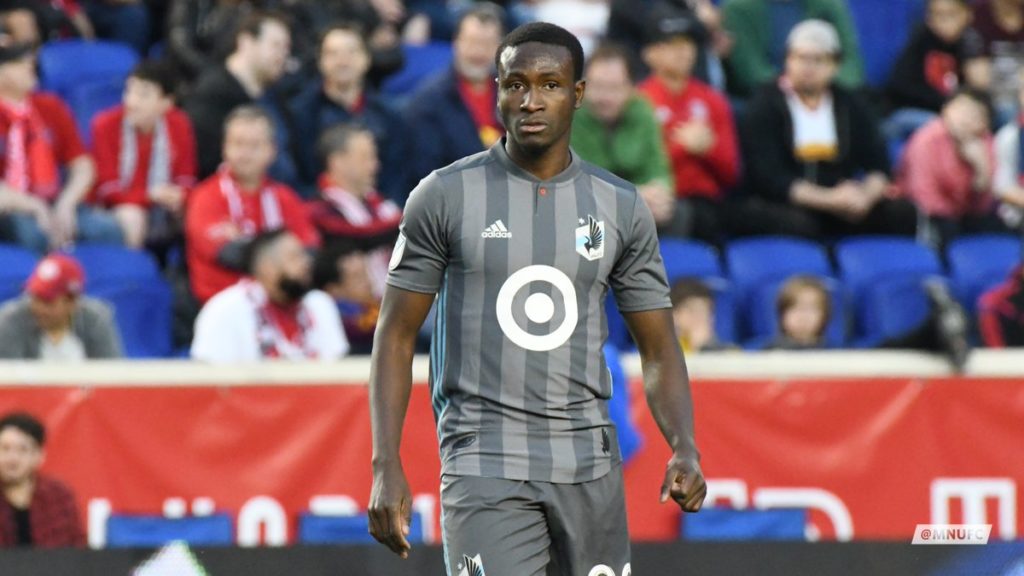 Ghanaian striker Abu Danladi scored his first goal of the season as Minnesota United returned from New York Red Bulls on Saturday with a 2-1 win.

The former Right to Dream Academy graduate, starting for the injured Darwin Quintero, opened the scoring in the 34th minute.

Romain Metanire started the sequence by serving a ball into the box where Angelo Rodriguez chested the ball, turned toward goal and laid off to Danladi.

Danladi fired in a low grounder with his first-time attempt.

Romario Ibarra, who came on for Danladi at halftime, doubled the Loons lead five minutes into the second half.

Cristian Casseres Jr. pulled the Red Bulls to within a goal in the 70th minute with his first MLS goal.

...we likes to party pic.twitter.com/eHFVh2jQSO