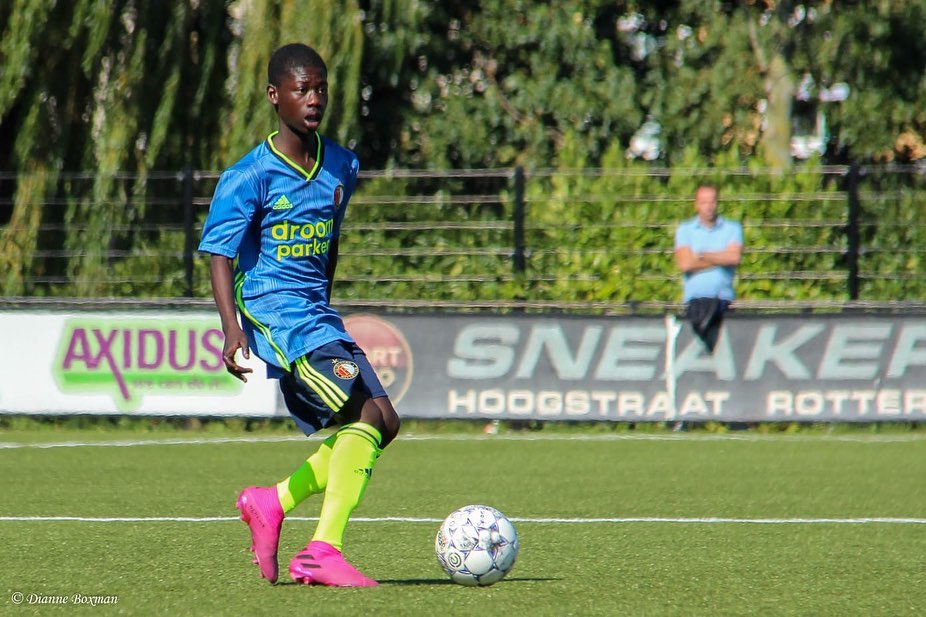 Ajax Amsterdam have caused a huge storm in Dutch football by raiding the academy of their arch-rivals Feyenoord to a hugely talented Ghanaian youngster Avery Appiah, Ghanasoccernet.com can reveal.

The 14-year-old midfielder, who was born in Holland to Ghanaian parents, has taken Dutch youth football by storm with his with his immense dribbling ability and pace.

The dead ball specialist, who has been dominating Dutch youth football over the past five years, will move to Ajax  at the end of the season, believing it would take his career to the next level.

Despite the ructions caused by his move, Appiah expressed his gratitude to Feyenoord after joining their academy in 2015 before playing for their U15 side.

“After five great years at Feyenoord, I decided to leave the club. In this way I can develop myself further as a footballer," Appiah said on Saturday.

"I want to thank the club, the players and all the trainers for the past years.”

Appiah is not the first Feyenoord youngster to leave for their bitter rivals in recent years.

Steven van der Sloot was the most recent, while Jurrien and Quinten Timber both made the move, along with Noa Lang.

Appiah can still play for Ghana as he has not played for any of the national teams of Holland.

But the Ghana Football Association will have a huge task in convincing the youngster to snub the European country to play for the country of his parents.

Watch highlights of the hugely talented Avery Appiah's performance below