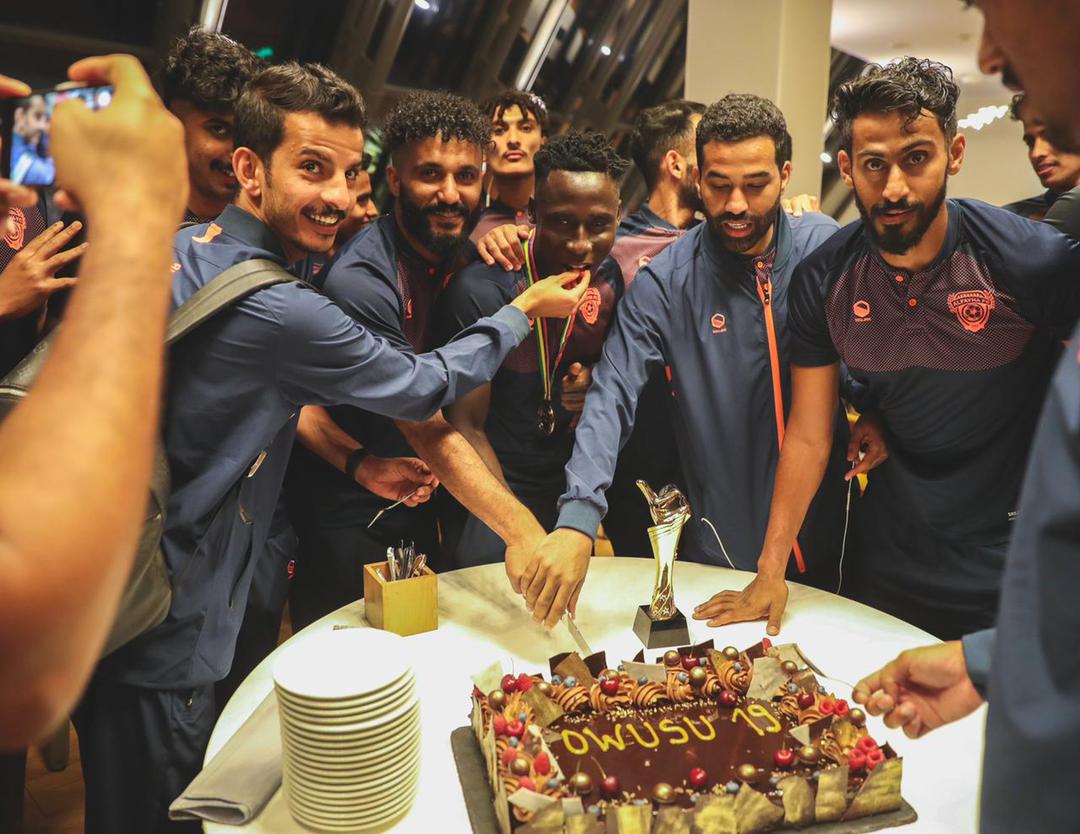 The 25-year-old beats off competition from Ghana captain Andre Ayew and Ajax midfielder Mohammed Kudus to clinch the top most prize earlier this month.

The Ghanaian superstar enjoyed a standout performance in Saudi Arabia featuring for giants Al Ahli as well as Al-Fayha.

The former Čukarički star  smashed into the limelight after his explosive performance for Ghana at the 2019 Africa Cup of Nations in Egypt where he shone with aplomb.

He returned to his parent club Al-Fahya to continue his blistering and unimaginable form as he continues propel the team to a quick return to the country's top-flight.

The performance of the youngster has not gone unnoticed after being named the  Most Influential Youth Footballer for 2021 at the Ghana Influential Awards Festival 2021.

He bagged seven goals Al-Fahya in 26 outings last season to catapult them back to the elite division after just a season in the second-tier.

Owusu is continuing his impressive form in pre-season after netting four goals in three matches for the side so far.

Players and technical staff have joined hands to celebrate the Ghanaian as his trophy arrived in Serbia for the side's pre-season.