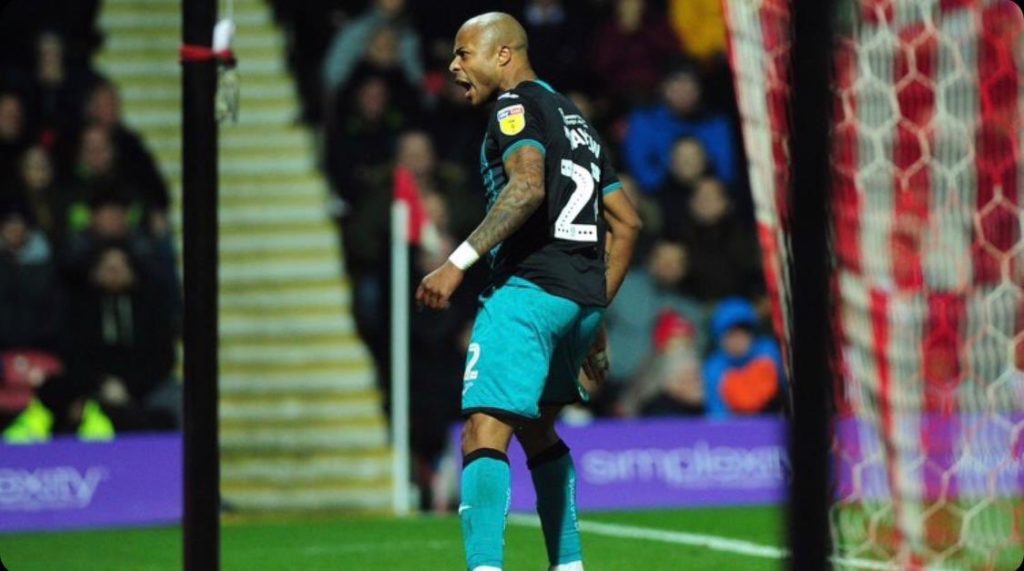 Forward Andre Ayew was on target again for Swansea City as they lost to Brentford in the English Championship on Boxing day.

Ayew scored the consolation goal in their 3-1 defeat at Brentford to make it his fourth goal in the last three games.

Swansea were down by first-half goals from Bryan Mbeumo and Ollie Watkins, but the Swans rallied to pull one back through Andre Ayew with his 11th goal of the season.

As the Welsh side pushed for an equalizer, they were hit by a late sucker punch from Watkins with his second of the game two minutes from time.

Ayew hit a double against Middleborough before netting the winner against Luton United over the weekend.

His goal against Brentford was too little to rescue something out of the game.

However, the Ghana captain's fantastic form has been crucial for Swansea, scoring 9 goals in the English Championship and two in the Cup matches.

? Not the result we wanted yesterday, but it's now 5⃣ goals in 4⃣ games for @AyewAndre! ?