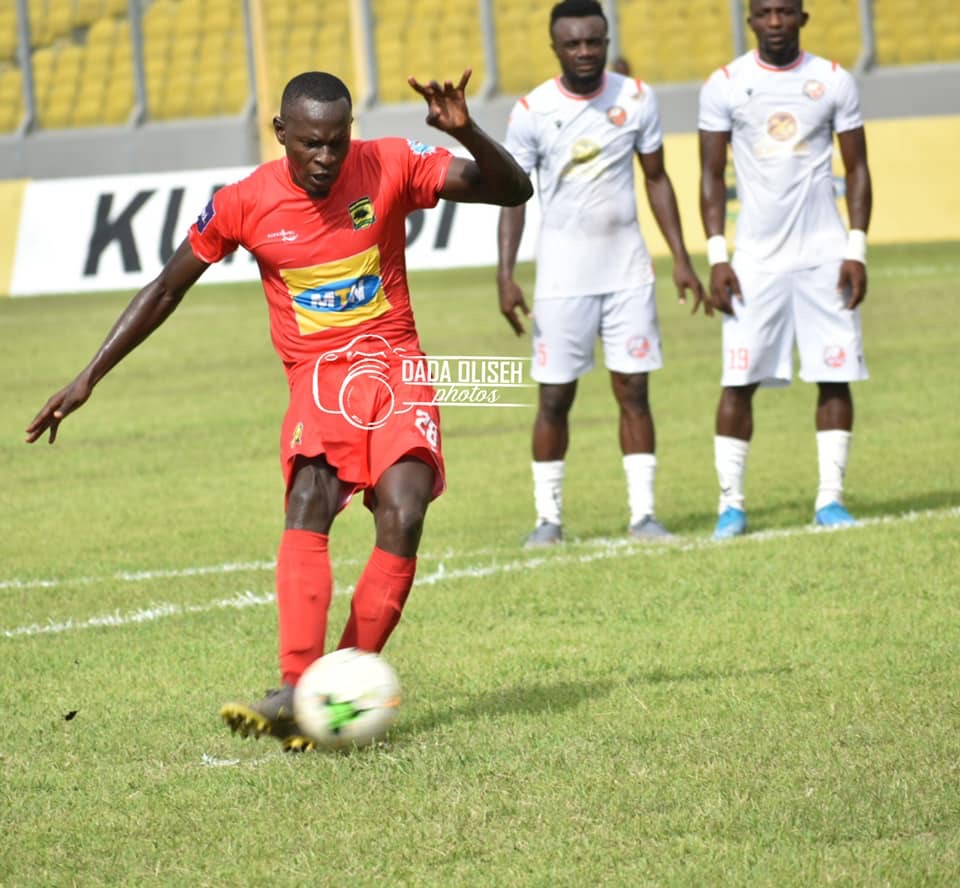 Asante Kotoko defeated Ivorian side San Pedro by a lone goal in the first leg of the CAF Confederation Cup play-offs at the Baba Yara Sports Stadium on Monday.

Naby Keita scored the only goal of the game through the penalty spot to hand Asante Kotoko a slim win ahead of the second leg.

The Porcupine Warriors dominated the game through the second half but were unable to find the back of the net as they squandered a lot of chances.

The game was initially abandoned on Sunday after the first half due to the heavy downpour in Kumasi.

The referee had to call off the match which was rescheduled and played on Monday.