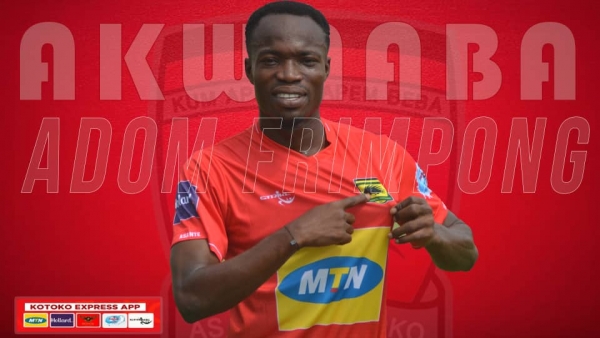 Asante Kotoko have completes the signing of midfielder Kwame Adom ahead of the upcoming Ghana Premier League season.

The versatile enforcer penned a three-year contract with the Porcupine Warriors after joining as a free agent.

He arrives after his one-year stint with Omani side Salalah S. Club came to an end in the season gone by.

He was with the squad for the pre-season tour of the Central and Western Regions as a trialist and played full throttle as the Reds played goalless draw with Skyy FC in Daboase.